India vs England: Motera Pitch, How Spinners And Fast Bowlers Have Fared

India vs England: While there has been a lot of dust raised about how the pitch behaved at the newly-named Narendra Modi Stadium in Ahmedabad, there's no denying that spinners of ruled the roost here, with approximately 60 per cent of all wickets going to them. 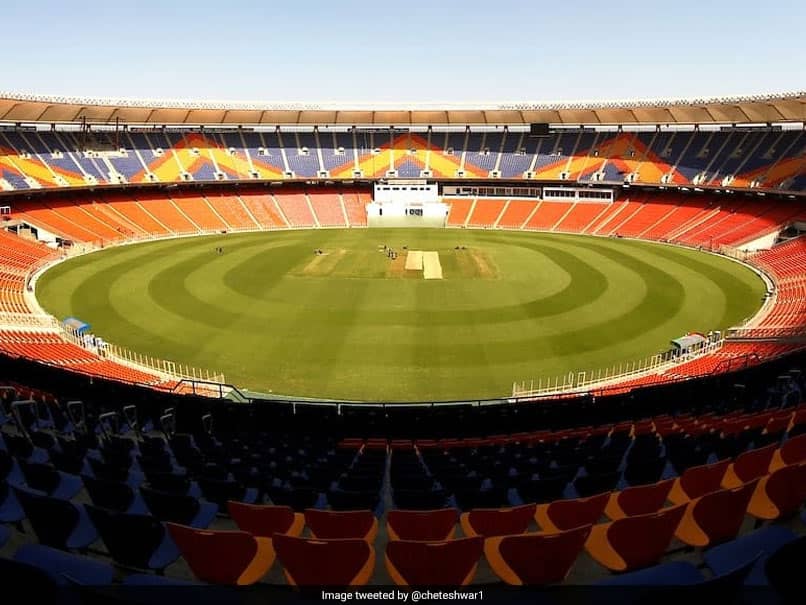 IND vs ENG: The Narendra Modi Stadium at Motera has been a happy hunting ground for spinners.© BCCI

The upcoming fourth Test between India and England at the Narendra Modi Stadium in Ahmedabad brings with it speculations and expectations regarding the pitch after the third Test ended inside two days with the batsmen being unable to cope with spin on a turning track. Whatever the pitch may be for the final Test of the series, historically at Motera, spinners have picked up more wickets than fast bowlers. Approximately 60 per cent of all wickets at the ground have been taken by spinners.

However, the best bowling figures at the ground belong to a fast bowler - Kapil Dev returned 9 for 83 against the West Indies in the first-ever Test played at the venue in 1983.

Spinners have picked less than 10 wickets in only three of the 12 Tests played at the ground and their aggregate peaked in the 2005 Test against Sri Lanka where 29 wickets went to spinners.

Previously, the 1994 Test against Sri Lanka yielded 26 wickets for spinners while the 2001 England Test saw spinners picking up 25 wickets.

However, in only 5 out of the 12 Tests have fast bowlers picked up more than 10 wickets.

The most wickets picked by pacers at Motera came in the 2008 Test against South Africa where Dale Steyn and company helped the visitors to a win by an innings and 90 runs. Fast bowlers accounted for 21 wickets in that match.

As for England, who have to win the fourth Test to level the series, Motera hasn't been a happy hunting ground.

No England fast bowler has picked up a five-wicket haul yet at Motera.

Axar Patel and Ravichandran Ashwin's feats in the last Test aside, Harbhajan Singh (7 for 62 vs Sri Lanka, 2005) and Anil Kumble (7 for 115 vs England, 2001) have been the top spin bowlers for India at the ground.

Sardar Patel Stadium, Motera, Ahmedabad Cricket
Get the latest updates on IPL 2021, IPL Points Table , IPL Schedule 2021 , live score . Like us on Facebook or follow us on Twitter for more sports updates. You can also download the NDTV Cricket app for Android or iOS.