India vs England: India Grind It Out In Nets Ahead Of Fourth Test. See Pics

India vs England: The fourth Test match between India and England begins on March 4. 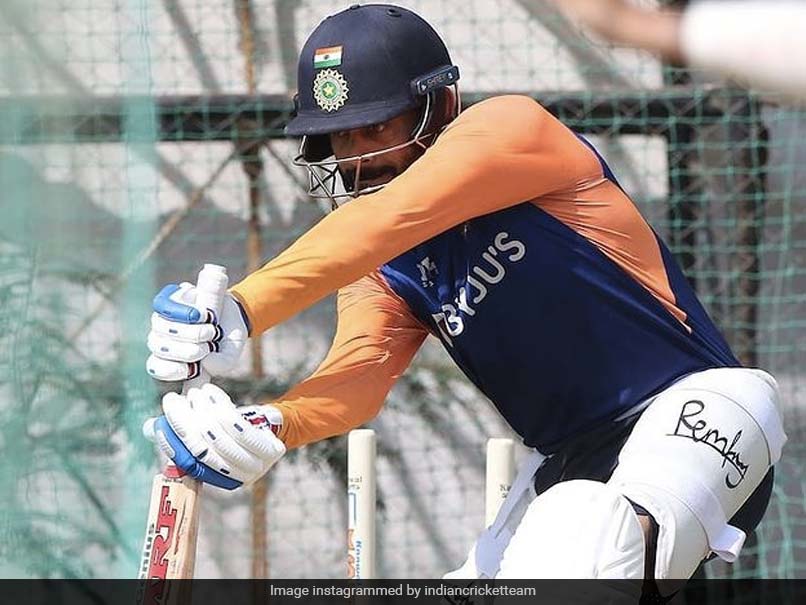 IND vs ENG: Virat Kohli trains for India ahead of the fourth Test match.© Instagram

Ahead of the upcoming fourth Test against England, Virat Kohli-led India on Sunday had a grind in the nets and everyone was seen having a hit in the middle. Board of Control for Cricket in India's (BCCI) official handle tweeted the photos from the training session and captioned the post as, "#TeamIndia members gearing up for the fourth and final Test against England." In the ongoing series, Rohit Sharma, Axar Patel, and Ravichandran Ashwin have been the standout performers and now in the fourth Test, skipper Kohli would look to come to the party and end his century-drought.

Kohli had last scored a century way back in 2019 in a day-night Test against Bangladesh at the Eden Gardens.

If India manages to win or draw the final Test against England, then the side would qualify for the finals of the World Test Championship (WTC) and the side would take on New Zealand in the summit clash.

On the other hand, England is now out of the WTC final contention after losing the third Test against India.

India had managed to defeat England by ten wickets within two days in the pink-ball Test. The match saw both India and England batsmen failing to shine and getting out to balls that did not turn and skidded through from the spinners.

But critics have looked to blame the pitch for the failure of the batsmen. India batsman Rohit Sharma clarified that he did not think the pitch had any demons. Even skipper Virat Kohli was vocal about the dreadful batting display from the two teams.

Ravichandran Ashwin India vs England 2020-21 India vs England, 4th Test Cricket
Get the latest updates on India vs South Africa and check out  Schedule, Results and Live Score. Like us on Facebook or follow us on Twitter for more sports updates. You can also download the NDTV Cricket app for Android or iOS.