"Are You Prepared To Do The Same?" Rohit Sharma Asks Media To Let Rishabh Pant Be. Watch

India vs England: Rohit Sharma said that Rishabh Pant will keep delivering match-winning performances if he allowed to play with freedom without pressure. 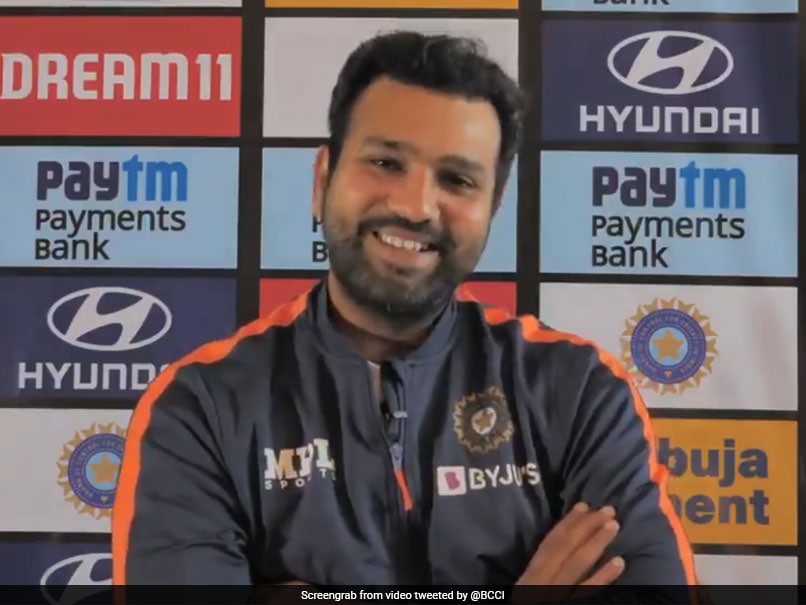 IND vs ENG: Rohit Sharma in his press conference had a question for the reporters instead.© Twitter

India's limited-overs vice-captain Rohit Sharma on Wednesday asked the media to take the pressure off wicketkeeper-batsman Rishabh Pant, and said he will continue giving match-winning performances if he is left alone. Pant, who often finds himself under immense scrutiny, has turned his fortunes around with some match-winning performances against both Australia and England in recent months. Rohit Sharma, while addressing a press conference ahead of the T20 International series against England, said Pant can keep delivering more of the same if he is allowed to be himself.

While asserting that Pant can only get better from here, Rohit concluded by posing a question back to the media.

"We leave him alone and we allow him to play with freedom, and as the team management, we are prepared to do that. And I am going to ask you the same question, are you prepared to do the same?" Rohit asked.

"Let Rishabh Pant be & he will perform well" @RishabhPant17 will only grow from strength to strength, believes @ImRo45 #TeamIndia #INDvENG @Paytm pic.twitter.com/lL2Z0dKr7o

"He can only go from strength to strength. There is no looking back for him. So far he has done exceptionally well from Australia to the home series against England recently, he's performed really well," he continued.

"I don't see anything stopping unless you guys (the media) stop putting pressure on him," he said.

"The good thing about his game right now is he is starting to understand the game situation, and playing according to what the situation needs, which is good, as it is something that can tick off his personal box," Rohit concluded before his challenge to the media.

Pant's recent form in Test cricket has seen him earn a recall to the T20I side. India and England will begin their five-match series on Friday.