India vs England: Rishabh Pant Reacts To Praise From Adam Gilchrist After Win In Chennai Test

India vs England: Rishabh Pant's work behind the stumps in the 2nd Test against England earned him praise from one of the finest wicketkeepers in world cricket -- Adam Gilchrist. 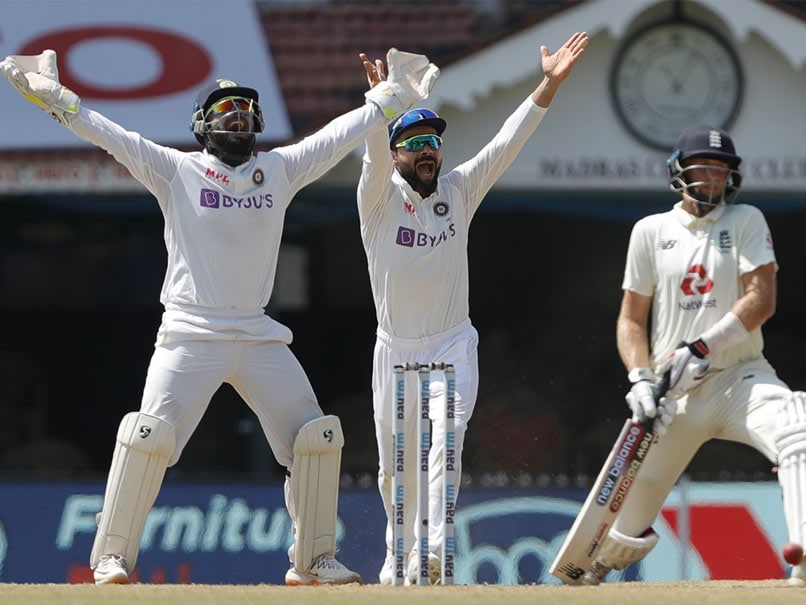 Rishabh Pant impressed one and all with his wicketkeeping skills in the Chennai Test.© BCCI

Rishabh Pantimpressed one and all with his wicketkeeping skills on a raging turner in the recently-concluded second Test between India and England. Pant took two acrobatic catches in the first innings and then pulled off a couple of stumpings on Day 4 of the Chennai Test. Pant's work behind the stumps invited praise from former Australia wicketkeeper-batsman Adam Gilchrist. "Yesterday it was Foakes, today it's @RishabhPant17 #brilliant," Gilchrist had tweeted after Pant dived forward to complete a sharp stumping to send Dan Lawrence packing.

Pant took to Twitter on Wednesday and thanked Gilchrist for his praise.

Thanks Means a lot coming from you

"Thanks Means a lot coming from you," Pant replied to Gilchrist.

Pant was often criticised for his keeping skills but the 23-year-old put in a great show behind the stumps at the MA Chidambaram stadium in Chennai.

Pant did not play in the first Test in Australia during India's last tour Down Under last year.

He replaced Wriddhiman Saha in the Melbourne Test and since then has been a regular in the XI.

Pant played an important role in the series win in Australia. The left-hander was the highest run-scorer for India in the Border-Gavaskar trophy.

He scored 274 runs from three Test matches at an average of 68.50, including a match-winning 89 not out in the historic Gabba Test.

In the ongoing home Test series against England, Pant has hit 168 runs with the help of two half-centuries.

Rishabh Pant Adam Gilchrist India vs England 2020-21 Cricket
Get the latest updates on ICC T20 Worldcup 2022, check out the Schedule and Live Score. Like us on Facebook or follow us on Twitter for more sports updates. You can also download the NDTV Cricket app for Android or iOS.