India vs England, 5th T20I: England Will Be Feared By Lot Of Teams In T20 World Cup, Says Paul Collingwood

India vs England: Paul Collingwood, England assistant coach, said the team will be feared by most other teams at the T20 World Cup due to their form in white-ball cricket in the past four years. 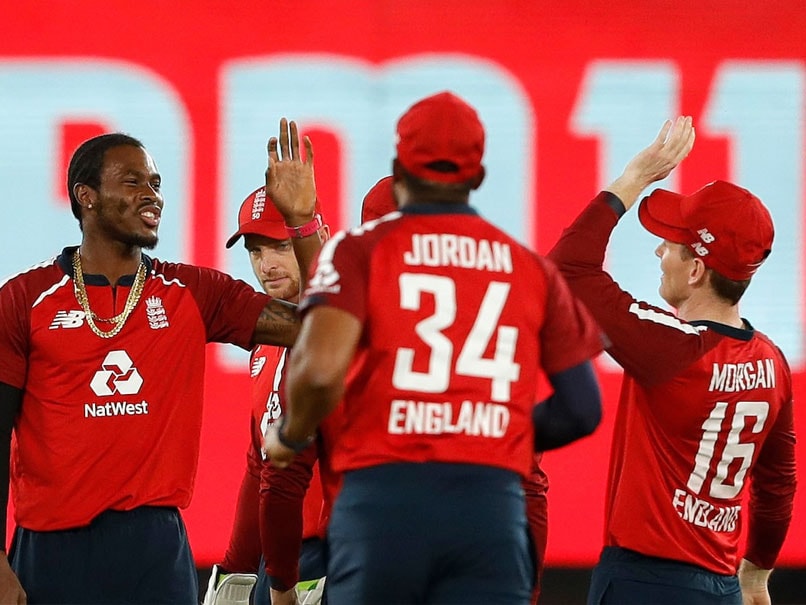 IND vs ENG: England will aim to win the final of the T20I series on Saturday.© BCCI

England will be "feared" by a lot of teams in the upcoming T20 World Cup, assistant coach Paul Collingwood asserted on Friday. Collingwood, who had captained England to a T20 World Cup triumph in 2010, said they are now better prepared for the tournament, scheduled to be held in India in seven months'' time. "Going into this World Cup I think we will be feared by a lot of teams because of our white-ball form for the past four years," Collingwood told British media on the eve of their T20I series-decider against India.

"We've got a lot of match winners from one to 11, who can win games from their own bat. Totally different teams from 2010 to now, but I don't think we could be in a better place.

"The team in 2010 was a team that came together right at the last moment, and we took a few risks, gambles on selection.

"We knew what kind of cricket we wanted to play but it hadn't been drilled into us over a long period of time, like this team has. I think this team is better prepared."

Collingwood said the success mantra of their white-ball teams lies in playing an aggressive brand of cricket.

"I never feel you win World Cups, big tournaments by being conservative. You've got to be ahead of the game. This team has done that over the past four years, that drilled into being aggressive," he said.

"You've got to have a lot of bravery to do it in the big games. Tomorrow's another example. Hopefully, we can go out there and play our usual aggressive cricket and of course adapt to the conditions.

"That's how they want to play and that's how you put teams under pressure whether you're playing the first game or in the final. That is our mantra."

Asked about the importance of the series-decider, he said these kind of pressure situations would put them in perfect place ahead of the World Cup.

"It's a huge game. Both teams know that. Another great opportunity to get experience under the belt in knockout cricket. It's like a final for us. When you're leading into the World Cup you need these kinds of experiences to see how players deal with the pressure," Collingwood said.

"It's just another experience that you can draw upon and use the memories of that."

Collingwood hoped the pitch, which was used for the second T20I, would offer some bounce.

"It's the same pitch as the second T20 but it had a lot of moisture put into it, it's been sealed up, so don't expect it to be a one that's going to be really slow and low and turning."

He further spoke about soft-signal controversy and said it's difficult for the umpires to make definitive calls from the middle.

The soft signal sparked a controversy during the fourth T20I as Indian captain Virat Kohli lambasted the concept of conclusive proofs required to overturn a soft signal and asked why can't there be a "I-don't-know" call for the umpires.

"To be honest I think he's got a point on boundary catches. It's hard enough for an umpire to see what's going on from 20 yards away, and then having to look 60-70 metres away to a boundary catch."

Recounting the experience of his playing days, he said: "Normally when I played the game and genuinely took a catch, you actually doubt yourself whether you've caught it.

"You know you've got the fingers underneath but with the length of the grass which is generally two-three inches long, and the depth of your fingers, you can always look like that ball is actually on the turf.

India Cricket Team Paul Collingwood India vs England 2020-21 Cricket
Get the latest updates on IPL Auction 2023 and check out  IPL 2023 and Live Cricket Score. Like us on Facebook or follow us on Twitter for more sports updates. You can also download the NDTV Cricket app for Android or iOS.