India vs England: Virat Kohli wondered why there can't be an "I don't know" call for on-field umpires as two close decisions went against India in the fourth T20I on Thursday. 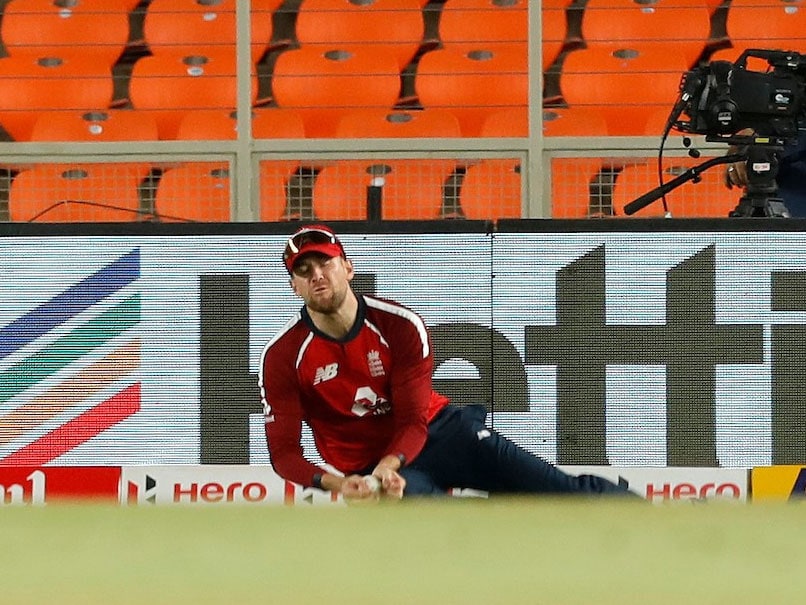 After registering an eight-run win in the fourth T20I against England at the Narendra Modi Stadium, India skipper Virat Kohli on Thursday said that he fails to understand why the on-field umpire has to give a soft signal as "out" when the player is himself unsure regarding whether he has taken catch or not. A blistering half-century from Suryakumar Yadav, followed by a brilliant performance from the bowlers helped India clinch the series-levelling win. "There was an instance in the Test series when Jinx (Ajinkya Rahane) caught the ball and wasn't sure. When there's a half-and-half effort, the soft signal becomes more important. I don't know why there can't an "I don't know" call for the umpires. You want these things ironed out to keep the game linear. But we want clarity on the field," Kohli told host broadcaster Star Sports at the post-match presentation.

During India's innings, two umpiring calls were controversial and could have gone either way.

Suryakumar was sent back to the pavilion by Sam Curran. The right-handed batsman tried to play a ramp shot but Dawid Malan ended up taking the catch.

Replays indicated that theball might have hit the ground when Malan was taking the catch. However, as the soft signal was out, the third umpire stayed with the on-field call citing "lack of conclusive evidence".

In the last over of the innings, Washington Sundar then played an uppercut and he was caught by Adil Rashid at the boundary.

However, replays indicated that Rashid's foot might have touched the boundary rope. But third umpire Virender Sharma stayed with the on-field call.

Virat Kohli India vs England 2020-21 India vs England, 4th T20I Cricket
Get the latest updates on Fifa Worldcup 2022 and check out  Fifa World Cup Schedule, Stats and Live Cricket Score. Like us on Facebook or follow us on Twitter for more sports updates. You can also download the NDTV Cricket app for Android or iOS.