India vs England: Having outsmarted England in challenging conditions, a confident India will back themselves to win the series-decider in Ahmedabad on Saturday 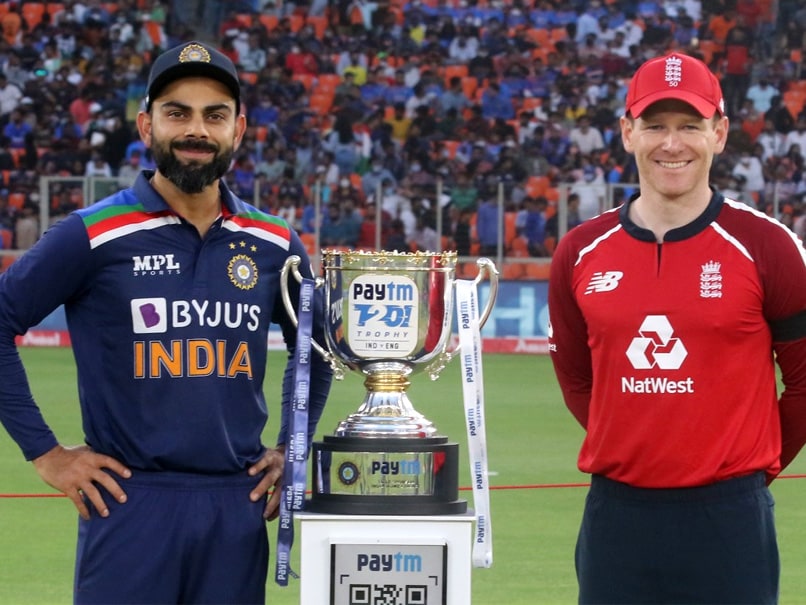 India won the fourth T20I on Thursday to take the five-match series into a decider.© BCCI

Having outsmarted England in challenging conditions, a confident India will back themselves to win the series-decider in Ahmedabad on Saturday and take another firm step towards finalising their core for the T20 World Cup. India, who went into the series with a fresh and fearless approach in the shortest format, find themselves well-placed in their preparations for the mega event at home later this year, irrespective of what happens in the fifth game. The Virat Kohli-led side, which did not have the depth earlier to attack in all situations, finds itself full of 'x-factor' with the emergence of Ishan Kishan and Suryakumar Yadav, whose willow bludgeoned the England bowlers, making it a dream debut on Friday.

His innings at number three was pure delight and left even the likes of Kohli "stunned", reinforcing the role of IPL in providing polished talent to the national team.

It was not a surprise that Suryakumar found a place in the squad for the upcoming ODI series.

"It's not easy to walk in at three in your first game and we all were stunned. He stamped his authority and allowed the likes of Shreyas, Hardik and Pant to do their job. I am a fan of these youngsters," said Kohli referring to Suryakumar.

With Kishan and Suryakumar making massive impact in their maiden series, Haryana all-rounder Rahul Tewatia is the only one in the squad left to make his debut and that could happen on Saturday.

Another big plus for India in the series has been Hardik Pandya contributing with the ball regularly.

He was among the star bowlers on Thursday, taking two wickets for 16 runs in four overs. Leggie Rahul Chahar, playing in place of Yuzvendra Chahal, also did a decent job while Washington Sundar had a rare off day.

India will now be hoping KL Rahulfires at the top, having showed some form in the previous game following scores of 1, 0, 0.

Kohli must have got a lot of satisfaction out of the fact that India were able to to put up a big score and defend with the dew around in the night.

It was the first time in the series that the team batting first went on to the win the game.

England, on the other hand, will expect Jos Buttler and world's number one batsman Dawid Malan to show more consistency with the bat.

The pace duo of Jofra Archer and Mark Wood have been impressive but they have not got a lot of support from Chris Jordan, who leaked most runs in the fourth T20.

"We are just trying to learn as much as we can in this series. The progression to the World Cup in seven months is important," said Morgan following the eight-run loss.

"....We really want to play in must win games like these. Certainly all to play for now. Playing away from home and winning will be great."

Eoin Morgan India vs England 2020-21 India vs England, 5th T20I Cricket
Get the latest updates on ICC T20 Worldcup 2022 and CWG 2022 check out the Schedule, Live Score and Medals Tally. Like us on Facebook or follow us on Twitter for more sports updates. You can also download the NDTV Cricket app for Android or iOS.