Ahmedabad's Motera Stadium is set to host seven international matches on the trot, starting from the third Test between India and England that begins from February 24. 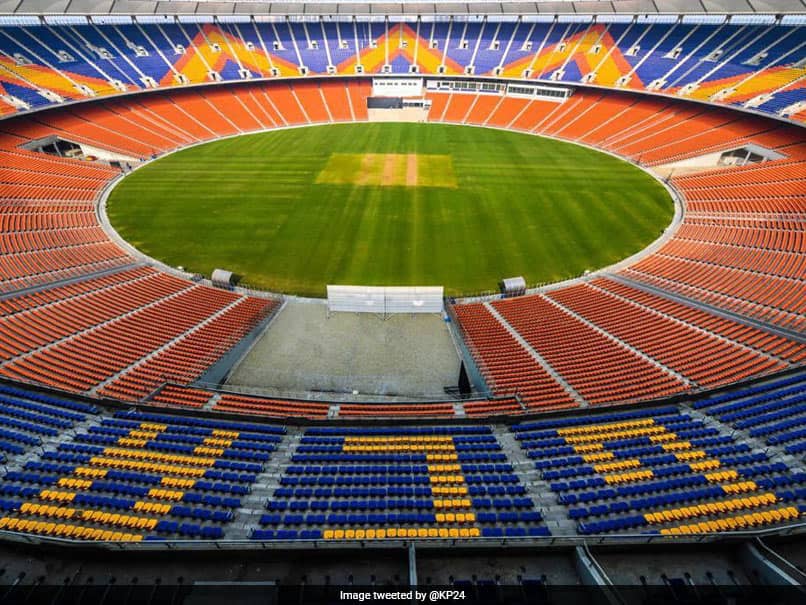 Ahmedabad's Motera stadium is set to host seven international matches on the trot, starting from the third Test between India and England that begins from February 24. Current and former cricketers are in awe of the world's largest cricket ground that has a seating capacity of 1,10,000. Former England batsman Kevin Pietersen was one of the first cricketers who took to social media and praised the cricket facility in Ahmedabad. Pietersen posted a couple of pictures of the ground and wrote "My goodness! How spectacular does this stadium look for the next Test match in Ahmedabad?! 110K capacity. A Theatre Of Dreams!"

How spectacular does this stadium look for the next Test match in Ahmedabad?!
110K capacity.

A Theatre Of Dreams! pic.twitter.com/kLfqvdX3J6

England pacer Stuart Broad was also impressed as he stepped foot on the ground on Friday.

India wicketkeeper-batsman Rishabh Pant also applauded the world class facilities that are on offer at the Motera stadium.

Fantastic to be at the new facility in Motera, great to see such world class facilities for cricket in Ahmedabad. Looking forward to taking the field here on 24th. @BCCI @JayShah pic.twitter.com/d15O7afdeB

Some stadium this is......and a bit of local music to help get through to the end https://t.co/FTrS8sTWHJ

Eagerly waiting to step out and play at the impressive Motera!

Apart from hosting the final two Tests of the ongoing four-match series between India and England, Ahmedabad will also host a five-match Twenty20 International series between the two sides.

In the Test series, India suffered a 227-run defeat in the series opener in Chennai after England skipper Joe Root smashed a brilliant double-century to continue his good form with the bat in the sub-continent.

The hosts bounced back in the second game on a raging turner as Ravichandran Ashwin stole the show with his all-round performance.

Ashwin picked up eight wickets in the match and also scored a century in India's second innings to set up a big win and help the hosts level the series at 1-1.

Stuart Broad Cricket India vs England 2020-21
Get the latest updates on IPL 2021, IPL Points Table , IPL Schedule 2021 , live score . Like us on Facebook or follow us on Twitter for more sports updates. You can also download the NDTV Cricket app for Android or iOS.