India vs England: After Virat Kohli Gets Out For A Duck, Uttarakhand Police Post Witty Tweet, Delete It Later 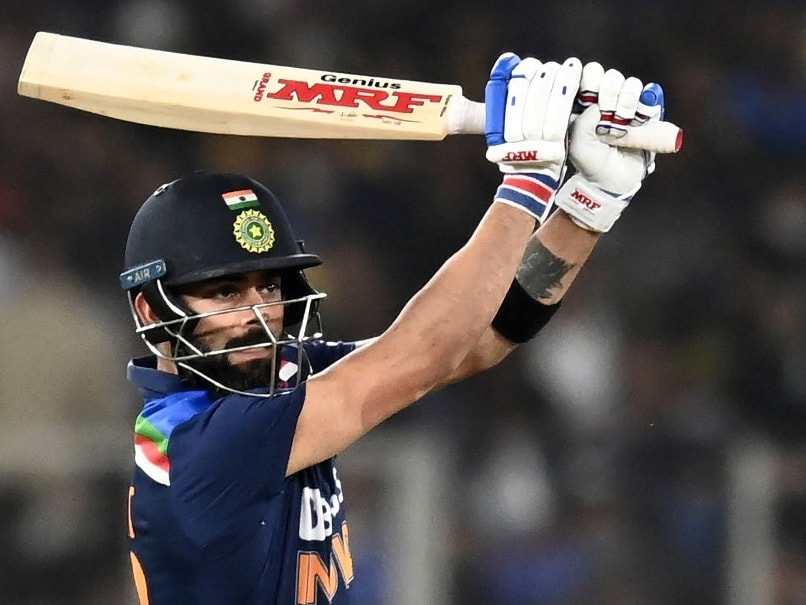 IND vs ENG: Virat Kohli was dismissed on a duck by Adil Rashid in the 1st T20I.© AFP

India captain Virat Kohli got out on a duck as England beat the hosts convincingly in the 1st T20 International to take a 1-0 lead in the five-match series. Having been rapped on the gloves by a Jofra Archer bouncer in the previous over, Kohli tried to take on Adil Rashid by lofting him inside-out, but ended up lobbing the ball up to Chris Jordan at mid-off, who took a simple catch. Uttarakhand Police came up with a witty tweet soon after his dismissal, citing the India captain's example to advise readers against rash driving.

The Uttarakhand Police tweeted a picture of the India captain walking off the pitch, with his helmet still on, with a message in Hindi that reads "Just wearing a helmet is not enough. It's imperative to drive with total concentration, or you can also get out on zero like Kohli."

However, after fans expressed their displeasure over the tweet, Uttarakhand Police deleted it. 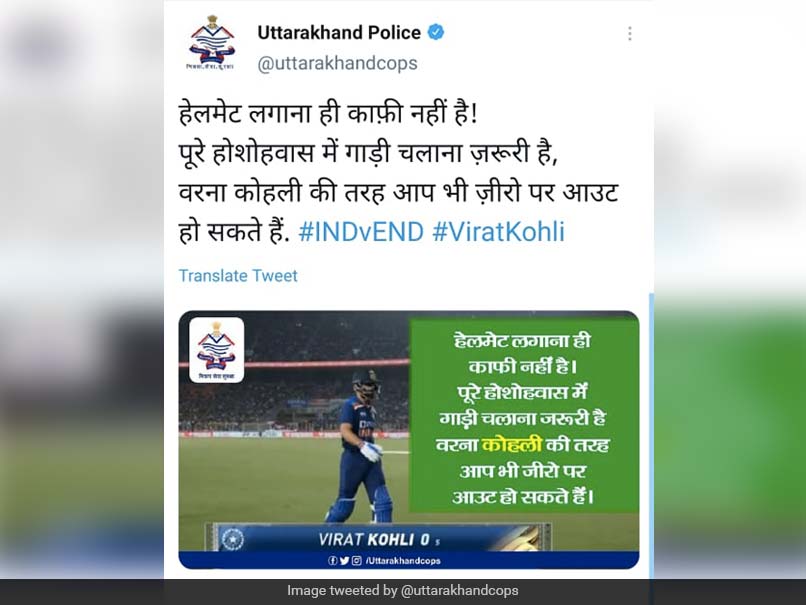 India suffered a batting collapse, and Shreyas Iyer had to play a rescue act, with his half-century anchoring them to a respectable total of 124.

England comfortably chased down the target in 15.3 overs, with eight wickets to spare.

However, it was too late by the time he departed and Jonny Bairstow and Dawid Malan saw England home as they took a 1-0 lead in the series.