India vs England: India crashed to a disappointing defeat against England in the first T20I at the Narendra Modi Stadium in Ahmedabad, and captain Virat Kohli feels his team failed to execute their plan properly. 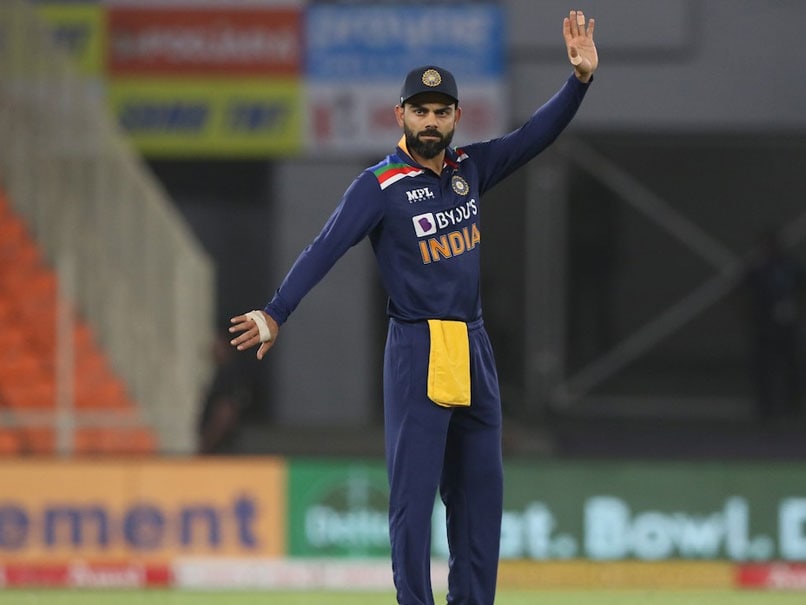 IND vs ENG: Virat Kohli during the first T20I between India and England in Ahmedabad.© BCCI

After England beat India by eight wickets in the first T20 International in Ahmedabad, captain Virat Kohli revealed that the home side lacked execution, and needed more intent. The visitors cruised to a win at the Narendra Modi Stadium in Ahmedabad, and also took a 1-0 lead in the five-match series. Kohli was also dismissed for a five-ball duck during India's innings. During the post-match press conference, Kohli said, "We lacked execution of some shots. We need to come back with more intent and a clarity of plan."

Kohli also felt that the wicket made it hard for his team to play some shots, while batting. Criticizing his side's batting performance, he quipped, "It was a below par batting performance and England made us pay. We looked to try few things but as a batting side you have to accept that we didn't bat well. Shreyas batted well but we did not have enough runs on the board."

Shreyas Iyer was the only Indian batsman to make a noteworthy contribution, scoring a half-century. He slammed 67 runs off 48 balls. Despite his half-century, India could only set a target of 125 runs, which England chased in 15.3 overs.

Rallying his side for the upcoming matches of the series, Kohli stated, "We take a lot of pride in playing good white-ball cricket, we have won the previous series and the series before that. We just have these five games before the T20 World Cup, so we need to experiment but having said that, we have to ensure we don't take things lightly".

India and England face each other again in the second T20I on March 14, at the Narendra Modi Stadium in Ahmedabad.

Virat Kohli Shreyas Iyer India vs England 2020-21 India vs England, 1st T20I Cricket
Get the latest updates on SA vs IND 2021-22, check out the Schedule and Live Score . Like us on Facebook or follow us on Twitter for more sports updates. You can also download the NDTV Cricket app for Android or iOS.