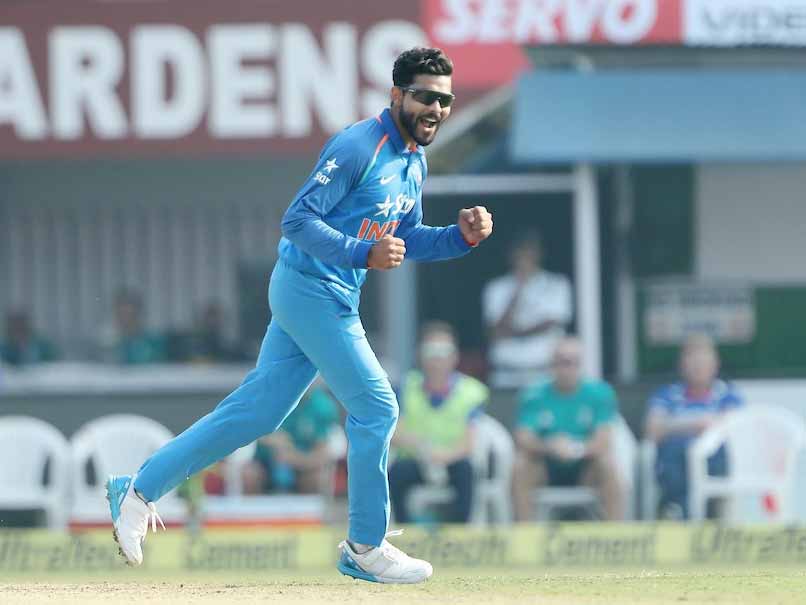 Ravindra Jadeja is the 12th Indian bowler to reach the landmark.© BCCI

Ravindra Jadeja on Sunday completed a haul of 150 wickets in One-Day International cricket after dismissing England opener Sam Billings in the 3rd ODI at the Eden Gardens in Kolkata. Jadeja, playing in his 129th ODI match, removed Billings after the Englishman was caught by Bumrah from one of his deliveries. In the process, he also became the first Indian left-arm spinner to take 150 wickets. Jadeja later also dismissed Jason Roy, cleaning out his wickets, for his 151st ODI wicket.

The ace spinner had made his ODI debut against Sri Lanka in Colombo on February 8, 2009, more than three years prior to his Test debut against England at Nagpur.

Jadeja's double strike on Sunday helped India put England under pressure after the visitors got off to a bright start. India already have an unassailable 2-0 lead in the ongoing three-match ODI series.

The two teams will face off against in a three-match T20I series from January 26.

Comments
Topics mentioned in this article
Cricket India Cricket Team England Cricket Team Ravindra Jadeja India vs England 2016-17
Get the latest updates on India vs South Africa and check out  Schedule, Results and Live Score. Like us on Facebook or follow us on Twitter for more sports updates. You can also download the NDTV Cricket app for Android or iOS.