KL Rahul, who was unbeaten on 30 at the end of play on Day 2, batted with authority against Alastair Cook's men in the 5th Test in Chennai. 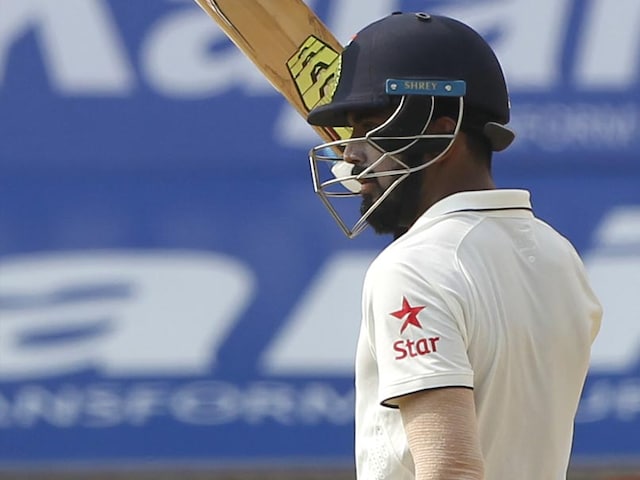 Indian opener KL Rahul on Sunday notched up his 4th Test ton, as the hosts dominated England on Day 3 in Chennai.

Rahul, who was unbeaten on 30 at the end of play on Day 2, batted with authority against Alastair Cook's men.

The Karnataka batsman looked positive from the word go and accumulated his runs at a brisk pace.

Along with Parthiv Patel (71), Rahul brought up India's first century opening partnership in 32 innings. The duo stitched a 152-run stand before the wicketkeeper-batsman was dismissed by Moeen Ali.

Wonderful from KL Rahul.
6 centuries now in International Cricket and only 2 half centuries.
This is called conversion.#IndvsEng pic.twitter.com/PntHhVPYY8

Rahul was particularly fluent right through the morning as he brought up his first Test ton in India.

The 24-year-old has had his struggles in Test cricket recently and the injuries certainly haven't helped his cause.

After low scores in his last seven outings, this innings arrived at just the right time for Rahul and India.

Virat Kohli, who was on his feet in anticipation of Rahul's maiden double ton, was distraught after the opener chipped a ball from Adil Rashid to cover.

Rahul become the second Indian, after Mohammad Azharuddin, to be out on 199. On a happier note, he now holds the record for the second-highest score by an opening batsman for India against England.

Comments
Topics mentioned in this article
India Cricket Team Lokesh Rahul India vs England 2016 Cricket
Get the latest Cricket news, check out the India cricket schedule, Cricket live score . Like us on Facebook or follow us on Twitter for more sports updates. You can also download the NDTV Cricket app for Android or iOS.