India trailed England by 254 runs at stumps on Day 2 of fourth Test, as Murali Vijay and Cheteshwar Pujara stitched an unbeaten 107-run stand 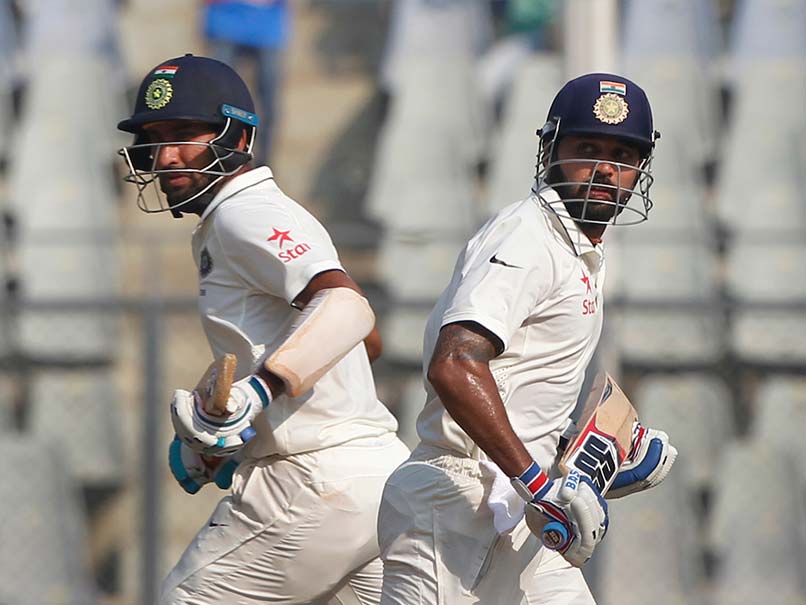 Murali Vijay and Cheteshwar Pujara batted with elan as India gave a fitting reply to England's first innings total of 400 on the second day of the fourth Test at the Wankhede Stadium in Mumbai on Friday.

After a late assault by Jos Buttler (76) helped England put up a big total, Indian batsmen gave a good account of themselves on a pitch that offered turn to the spinners.

Though opener KL Rahul was out for 24, Vijay and Pujara ensured that there were no more hiccups for the host on the second day.

England tried seven bowlers, including four seamers, but apart from Moeen Ali nobody could scalp a wicket.

Earlier, Buttler was involved in a 54-run ninth-wicket stand with Jake Ball that frustrated the hosts' bowlers.

India were once again left looking for a formula to do away with the last three England batsmen after Ravichandran Ashwin (6/112) and Ravindra Jadeja (4/109) had done away with the England middle-order at lunch.

Ravindra Jadeja then removed Chris Woakes and Adil Rashid in quick succession, raising hopes that India would be able to wrap the innings up rapidly.

But the England lower order had other ideas, and as the innings progressed, a poised Buttler and an exuberant Ball kept Virat Kohli and his men in the field for longer than they would have wanted to.

Finally, Buttler was bowled by Jadeja as England notched up 400.

Comments
Topics mentioned in this article
Jos Buttler India Cricket Team England Cricket Team India vs England 2016 Cricket Cheteshwar Pujara Murali Vijay Ravichandran Ashwin
Get the latest updates on ICC T20 Worldcup 2022, check out the Schedule and Live Score. Like us on Facebook or follow us on Twitter for more sports updates. You can also download the NDTV Cricket app for Android or iOS.