Headache For Virat Kohli, Selectors If We Keep Performing Like This: Rohit Sharma

Rohit Sharma led India to a 2-1 series win over Bangladesh in the absence of Virat Kohli. 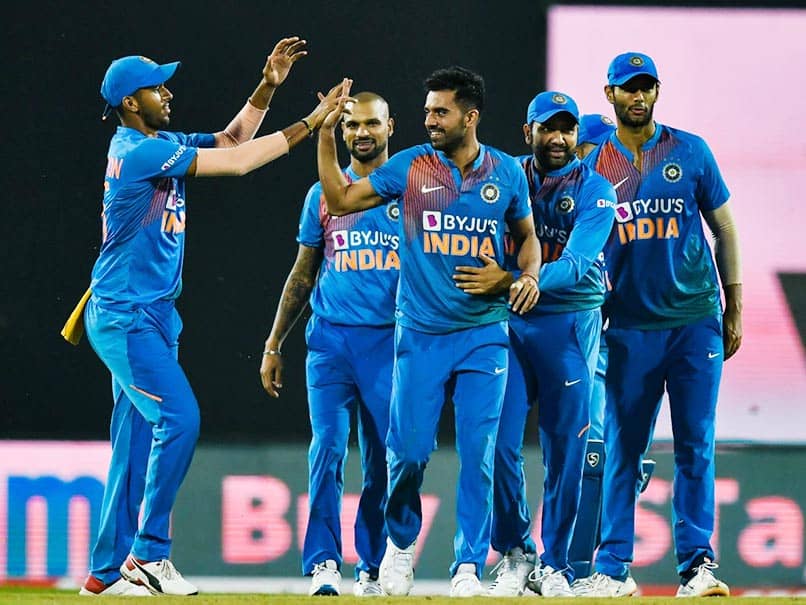 Rohit Sharma heaped praise on his bowlers for taking up "responsibility" when India needed the most during the third T20 International against Bangladesh in Nagpur on Sunday. Having lost the series opener in Delhi before winning the second T20I in Rajkot, India outclassed Bangladesh by 30 runs in the third T20I to clinch the T20I series 2-1 at Vidarbha Cricket Association Stadium. Deepak Chahar was the wrecker-in-chief for India as he recorded impressive figures of 6/7 to bowl out Bangladesh for 144 in their chase of 175. Shivam Dube picked up three wickets, while Yuzvendra Chahal joined the party with a single wicket to his name.

"It were the bowlers who won us the game. I know how tough it was in the middle considering the dew factor," Rohit Sharma said at the post-match presentation.

"At one stage it was looking easy for them when they needed 70-odd of 8 overs; things were looking tough for us," he added.

After being asked to bat, India rode on half-centuries by KL Rahul and Shreyas Iyer to post a competitive total of 174/5 despite a poor start.

Bangladesh, on the other hand, looked well on course for victory when they started their chase. Mohammad Naim top-scored with 81 runs off 48 balls, including 10 boundaries and two sixes.

Rohit, who was leading the T20I side in the absence of Virat Kohli, admitted that his team was under tremendous pressure at one stage.

"It was a great comeback from us. The boys took the responsibility and raised their hands up. I just reminded them this (pointing towards the jersey) is what we are playing for," he said.

"I can understand when wickets are not falling, it's hard to pick up. I just had to remind what team they're playing for, credit to the bowlers," Rohit explained.

The 32-year-old opening batsman lost his wicket for mere two runs, in the second over of the match, but didn't shy to applaud Iyer and Rahul, who contributed with 62 and 52 runs respectively.

"Also to the batsmen - the way Rahul and Iyer played, that was magnificent. That is what we want from the team - individuals taking the responsibility," Rohit said.

According to Rohit, the team is looking "to find the right balance" before the T20 World Cup and those who are not part of the team now will get a chance in the upcoming series.

"Until we get close to the World Cup, we got to find the right balance. There are a few guys missing, but they'll come back.

"Keeping everything in mind, we have few games in mind before we get into that flight to Australia. If we keep performing like we did today, it's going to be a big headache for Virat and the selectors," he concluded.

India will next take on Bangladesh in a two-match Test series, starting in Indore on Thursday.