IND vs BAN: India completed a 2-0 clean sweep over Bangladesh in the Test series. 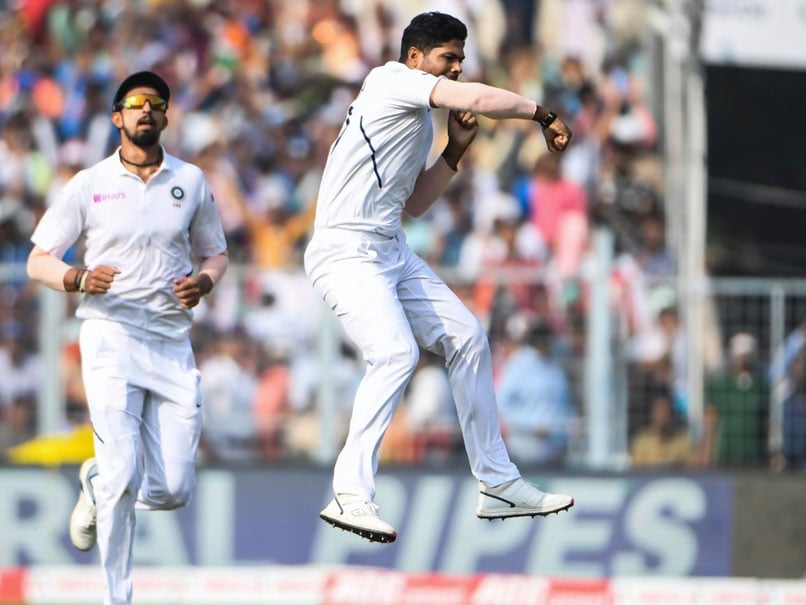 IND vs BAN: Umesh Yadav picked up a 5-for in the second innings.© AFP

Five-wicket hauls from Ishant Sharma and Umesh Yadav and a classy century from Virat Kohli powered India to a 2-0 series clean sweep as they beat Bangladesh by an innings and 46 runs in the historic day-night Test at Eden Gardens in Kolkata. This is the first time a team has recorded four consecutive wins by an innings or more. This is also India's seventh consecutive Test match win, their longest ever winning streak. Mushfiqur Rahim's fighting half-century was Bangladesh's only positive as India outplayed the visitors in all departments. In fact, the match looked like it was headed for a two-day finish until Mushfiqur and Mahmudullah put up a counter-attack. But Mahmudullah pulled a hamstring and Mushfiqur found himself fast running out of partners before India cleaned them up.  (Scorecard)