India vs Bangladesh: Bangladesh fast bowler Al-Amin Hossain said Virat Kohli's dismissal off a stunning catch gave the visiting side some spark to continue the fight. 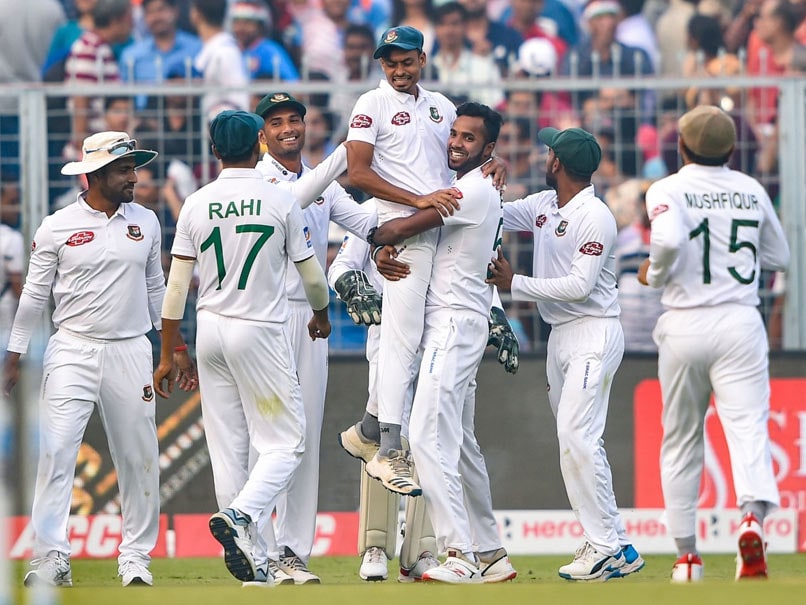 Bangladesh were staring at a defeat within three days in the ongoing Day-Night Test but their pacer Al-Amin Hossain on Saturday said Indian captain Virat Kohli's dismissal off a stunning catch gave the visiting side some spark to continue the fight. Kohli was going all guns blazing after scoring his first pink ball century for India when concussion substitute Taijul Islam took a blinder of a catch at square leg boundary to dismiss the home side skipper for 136.

India went on to lose four wickets for 23 runs after Kohli's dismissal as they declared at 347/9.

"Kohli was batting wonderfully but the catch helped us make a comeback and the whole team got inspired," Al-Amin said after the Day 2 proceedings.

"Under lights we bowled well, while batting also we showed improvements."

In reply, Bangladesh were in tatters at 13/4 in their second essay but Mushfiqur Rahim showed some fight with a valiant 59 not out as they avoided the ignominy of losing inside two days.

Al Amin said it was easier batting with the pink ball once it gets old.

"Pink ball aids swing and bounce in the first to 30 overs and it's very difficult for the batsmen but when the ball wears out it becomes easier. We will try our best to make India bat again," he said, as Bangaldesh ended the day at 152/6, trailing India by 89 runs with just four second innings wickets in hand.

Bangladesh were shot out for 106 inside 31 overs in their first innings and Al-Amin blamed it to their inexperience.

"The crowd, the pink ball, floodlights everything was new to us. It all added to the pressure. They (India) could cope up easily having played at domestic level. A practice match would have been ideal. Minimum one-week practice was needed but it's fine," he said.

Eden Gardens India vs Bangladesh Cricket India vs Bangladesh, 2nd Test
Get the latest updates on SA vs IND 2021-22, check out the Schedule and Live Score . Like us on Facebook or follow us on Twitter for more sports updates. You can also download the NDTV Cricket app for Android or iOS.