Under MS Dhoni's leadership, India had never lost a home Test to Australia. Dhoni enjoyed an unblemished record against the team from Down Under, winning 8 matches. 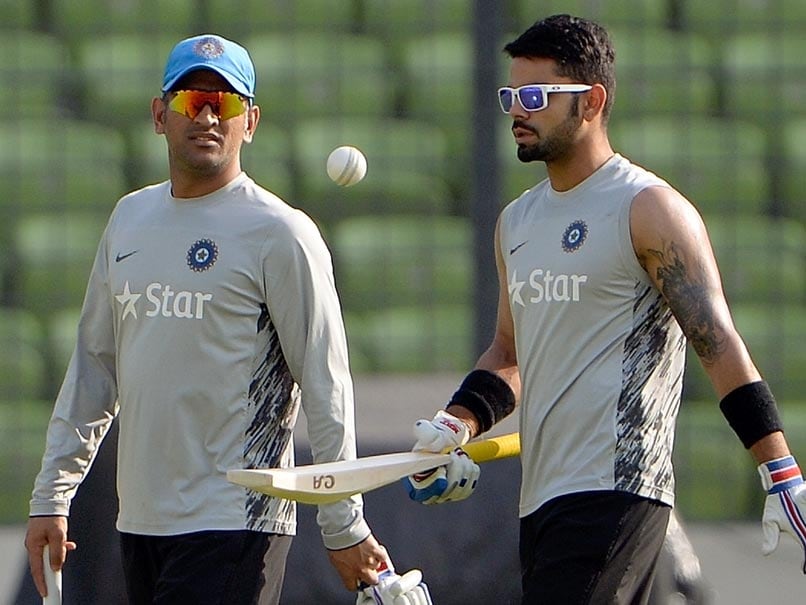 Virat Kohli was handed India's Test captaincy immediately after MS Dhoni decided to exit the scene from the longer format of the game. Known for his volatile temperament at the time, Kohli surprised Indian cricket lovers as he made a seamless transition into his new role. There was also a marked improvement in the right-hander's batting performance after taking over India's Test captaincy. Kohli successfully inspired his teammates by infusing a new culture in the team. Under Kohli, the Indian team enjoyed a tremendous run that was snapped in Pune during the 1st Test against Australia.

Steve Smith's men annihilated the hosts by 333 runs to end India's 19-match unbeaten run in Tests. In doing so, the Aussies also made sure Kohli will no longer be able to match a unique captaincy record set by former captain Dhoni. Under the wicketkeeper-batsman's leadership, India had never lost a home Test to Australia. Dhoni enjoyed an unblemished record against the team from Down Under, winning 8 matches.

Dhoni captained India to a 2-0 series win during the four-Test series in 2008/09. He then replicated the same in 2010/11. In 2012/13, India decimated the Aussies 4-0 in a series that witnessed Dhoni score his a blistering double-century.

Kohli's India are still favourites to take the ongoing series. But this impressive captaincy record set by Dhoni is now beyond the Kohli's reach.

The tourists on Saturday demolished India inside three days to take a 1-0 lead in the four-Test series with left-arm spinner Steve O'Keefe the unlikely hero.

Set a world-record fourth innings target of 441, the world's number one Test side folded in just over a session to enable Australia register their first win in India since 2004.

Comments
Topics mentioned in this article
India Cricket Team Australia Cricket Team Virat Kohli MS Dhoni India vs Australia 2017 Cricket
Get the latest updates on T20 World Cup, check out the T20 World Cup Schedule and Live Score . Like us on Facebook or follow us on Twitter for more sports updates. You can also download the NDTV Cricket app for Android or iOS.