MS Dhoni cracked a ton in just 94 balls with the help of 10 fours and 6 sixes against Chattisgarh in the Vijay Hazare Trophy which helped his team win the match by 78 runs. 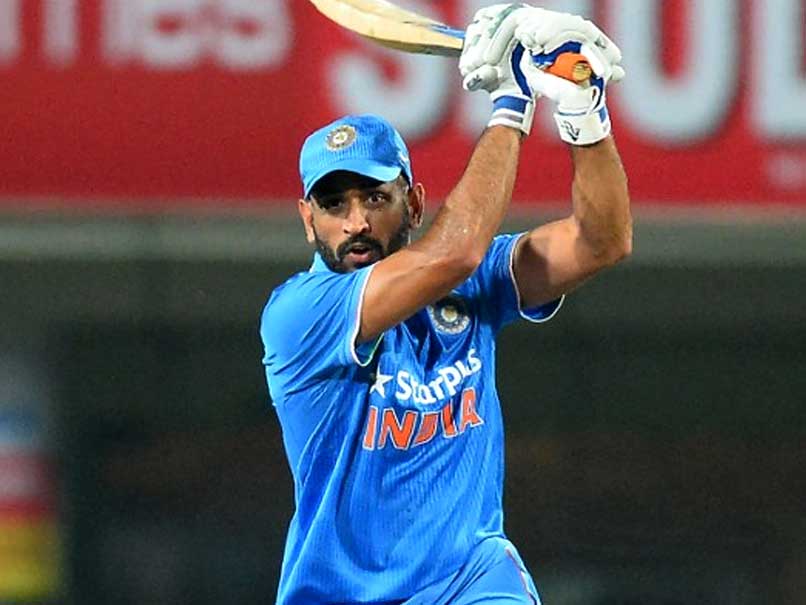 Putting behind the talks of him being removed as captain ofIPL franchise- the Rising Pune Supergiants(RPS), MS Dhonion Sunday cracked a scintillating century against Chattisgarh in the Vijay Hazare Trophy at Eden Gardens, Kolkata. The former India captain was at his best as he completed his ton with a maximum and went on to score 129 in 107 balls which included 10 fours and 6 huge sixes. The run-a-ball ton helped his team Jharkhand score 243 in 50 overs and they eventually won the match by 78 runs.

The century becomes even more valuable considering that Jharkhand were in turbulent waters at 57/6 in the 20th over of the match. Dhoni stitched a partnership of 151 runs for the seventh wicket with Shahbaz Nadem, who scored 53 runs in 90 balls to support his skipper.

After crossing the milestone, Dhoni upped the tempo and added two fours and two sixes in the death overs to ensure Jharkhand had a competitive total. Dhoni was dismissed on the final ball of the 50th over.

Earlier, in their first game of the tournament on Saturday, Jharkhand fell short of their target by five runs and lost their first match against Karnataka. The skipper had scored 43 runs from 50 balls.

Dhoni had surprised everyone when he decided to travel with the rest of the team by train to take part in the tournament in Kolkata.

He had even posted a picture with his Jharkhand teammates on Instagram.

Jharkhand will play their next game on February 28 against Services at Bengal Cricket Academy ground in Kalyani.

Comments
Topics mentioned in this article
India Cricket Team MS Dhoni Shahbaz Nadeem Cricket
Get the latest updates on IPL Auction 2023 and check out  IPL 2023 and Live Cricket Score. Like us on Facebook or follow us on Twitter for more sports updates. You can also download the NDTV Cricket app for Android or iOS.