MS Dhoni has been the skipper of an IPL team in all past nine seasons. He first led Chennai Super Kings from 2008 to 2015, and then took charge of Pune Supergiants in 2016 after the Chennai franchise were suspended. 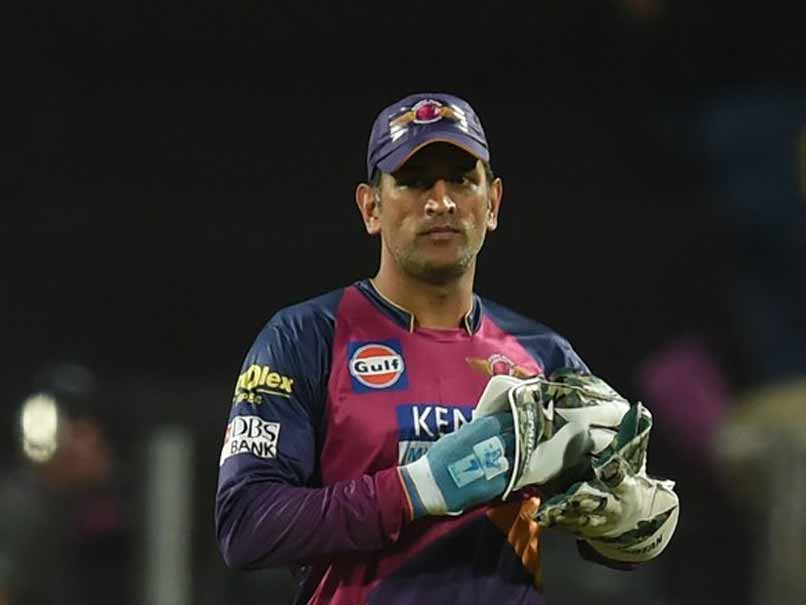 IPL 2017: Rising Pune Supergiants have removed MS Dhoni as captain of the team for season 10.© AFP

Mahendra Singh Dhoni has been removed as captain of Indian Premier League (IPL) team Rising Pune Supergiants. Australia skipper Steve Smith was on Sunday named his successor for the 10th season of IPL, which is scheduled to start on April 5. The decision comes a day before the IPL 2017 player auctions to be held in Bengaluru. Dhoni had resigned from the captaincy of the Indian ODI and T20I teams in January with Test captain Virat Kohli taking over.

"I have the highest regard for MS Dhoni as a leader and a person. Dhoni will continue to be an important part of our team. He is supportive of the decision keeping the franchise's best interests in mind," Rising Pune Supergiants owner Sanjiv Goenka said in a media release.

The wicketkeeper-batsman has been the skipper of an IPL team in all past nine seasons. He first led Chennai Super Kings from 2008 to 2015, and then took charge of Pune Supergiants in 2016 after the Chennai franchise was suspended.

"Dhoni has not stepped down. We have appointed Steve Smith as the skipper for the upcoming season. Frankly speaking, we did not have a good last season and we wanted someone young to lead the side and revamp it ahead of the upcoming season 10," Goenka was quoted as saying by PTI.

Supergiants had a torrid IPL 9, finishing seventh in their debut season. The team managed to win just five of their 14 matches last year with Dhoni himself failing to make a big impact with the bat.

The former India skipper scored 284 runs in 14 matches -- his lowest in an IPL season -- with just one half-century to his name. He had five not outs in the tournament last year that helped bump his average to 40.57.

Under Dhoni's captaincy, Chennai Super Kings had won the IPL title in 2010 and 2011, and also the Champions League T20 crown in 2010 and 2014. In addition, Dhoni is one of only three captains to win the IPL twice with Gautam Gambhir (Kolkata Knight Riders) and Rohit Sharma (Mumbai Indians) being the other two.