The India vs Australia four-match Test series is currently locked at 1-1 with the third game to be played in Ranchi from March 16. 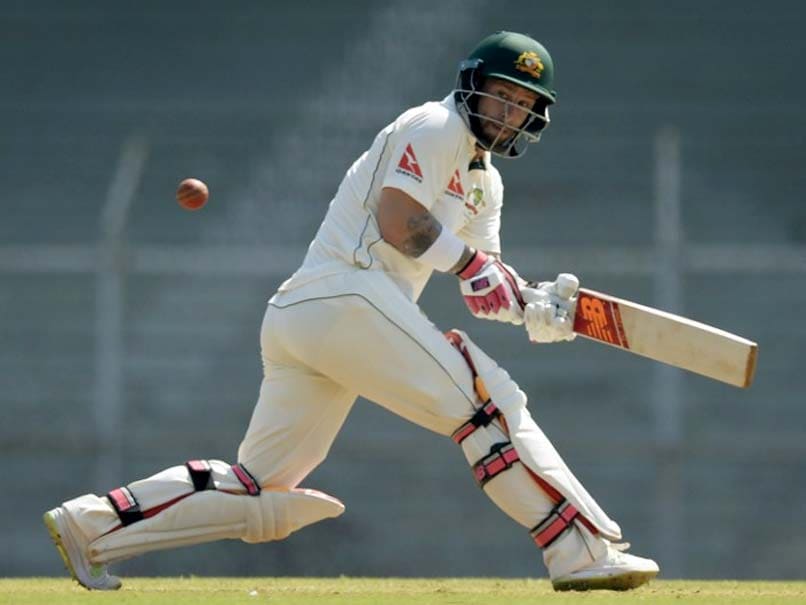 "When you've got a caged lion you expect them to come out pretty hard, to get away. Indian teams are always quite aggressive. Dhoni was a different captain to Kohli, but that's just personality."

The Australian left-hander also went on to add that his side will look to beat an aggressive Indian team in the third Test "on skill".

"Indian teams always go quite hard, if you give them a sniff they'll run with it. Our job is to make sure they can't get in the game so they can't get aggressive with us, and then really take the momentum away from us. But it's not really our issue. We've got to play good cricket, and beat them on skill," Wade said.

About his own approach to the game, Wade said, "I feel like I play my best cricket when I get in the contest. When your back's against the wall you've got to find a way to get up and about, so I still feel like that's a big part of my game. Getting older I probably tamed it down a little bit and I probably know when to use it a little bit more now, and when I need it myself.

"I probably don't use it a 100 percent of the time anymore, but I've still got it there if I need it. If there's a time I think it can be an advantage for us, sure - I'll go for it."

The third Test match will commence on March 16 in Ranchi.

Comments
Topics mentioned in this article
India Cricket Team Australia Cricket Team Matthew Wade India vs Australia 2017 Cricket
Get the latest updates on IPL Auction 2023 and check out  IPL 2023 and Live Cricket Score. Like us on Facebook or follow us on Twitter for more sports updates. You can also download the NDTV Cricket app for Android or iOS.