The former Australian spinner Brad Hogg came out and backed Kohli's aggression and the way he played his cricket. 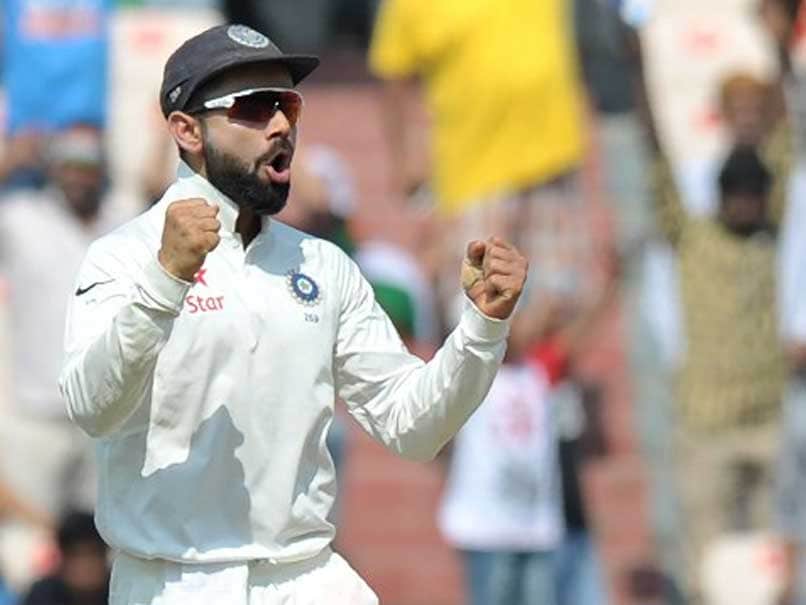 India captain Virat Kohli, who was at the receiving end from the Australian media after the DRS controversy, which also involved Australia captain Steve Smith, has found support in the form of Brad Hogg. The former Australian spinner came out and backed Kohli's aggression and the way he played his cricket. The Indian skippercame close to calling the Aussies cheats which did not go down too well with the Australian media and the Indian captain was criticised heavily for his remark.

"Virat is an exuberant and emotional character who trains so hard at his cricket. He wants it so much and that translates into his behaviour on the field. Australians need to get off their high horse about Kohli and his carry-on - let's not forget we are well-renowned for our sledging and have been for years," Hogg wrote in his blog for "The NewDaily" website.

"When Kohli clashed with Smith, I liked it. As long as it isn't violent or very personal, it adds to the spectacle. Kohli has clearly been expressing himself on the cricket field. But it's good for the series and it's good for cricket" he went on to add.

Both Kohli and Smith were let off by the ICC and Hogg couldn't agree more with the governing body regarding their decision to not punish both the cricketers.

"I'm glad no bans were handed out to Kohli, Smith or any of the other players - their behaviour didn't warrant it. Smith's decision to look at the dressing room while contemplating using DRS will leave him feeling slightly embarrassed. You're not allowed to do that and, as a captain, he knows that. I think it showed the pressure of the moment and the series. But it was dealt with then and there, by the umpire, who gave him his marching orders," the 46-year-old former Australian spinner said.

Talking about how times have changed now, Hogg wrote, "For so long, Indians were the quiet guys who would just take it but in the past 20 years, things have changed. They give it back now - and they even initiate the sledging at times. But that's cricket."

Hogg also reckoned Glenn Maxwell should be given the nod ahead of Marcus Stoinis and should be the one to replace the injured Mitchell Marsh in Australia's playing eleven.

"Marcus Stoinis has been called into the squad but the selectors need the courage to play Glenn Maxwell. He is the perfect batsman to come in at number six, given he can turn a match very quickly. He bats with flair and offers another spin option with the ball," said Hogg.

Comments
Topics mentioned in this article
India Cricket Team Australia Cricket Team Virat Kohli Steven Smith Glenn Maxwell Marcus Stoinis Brad Hogg India vs Australia 2017 Cricket
Get the latest updates on India vs Australia and check out  Schedule, Results and Live Score. Like us on Facebook or follow us on Twitter for more sports updates. You can also download the NDTV Cricket app for Android or iOS.