The BCCI has released him to attend to his wife, who is unwell. 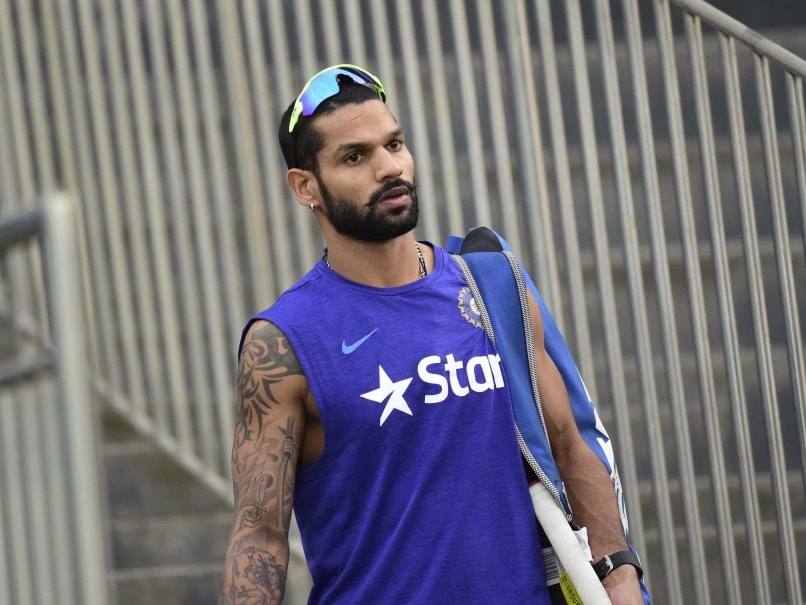 India will miss the services of Shikhar Dhawan for the first three ODIs against Australia.© AFP

India opener Shikhar Dhawan will not be part of the first three One Day Internationals (ODIs) against Australia due to his wife's illness, the Board of Control of Cricket in India (BCCI) release said on Thursday. The Indian cricket board has decided not to name any replacement for the opener. "Team India opener Mr Shikhar Dhawan has requested to be released from the team for the first three ODIs of the Paytm Australia tour of India, 2017 to attend to his wife, who is unwell. The All-India Senior Selection Committee has decided not to name any replacement for Mr Dhawan in Indian Cricket Team," the release stated.

Prior to this, Dhawan had missed the final ODI and a lone Twenty20 International (T20I) against Sri Lanka as he came back to India to see his ailing mother.

India will take on Australia in the first ODI of the five-match series on September 17 at MA Chidambaram Stadium in Chennai. The hosts will play their second ODI against Steve Smith's men at the Eden Gardens.

Indore, Bengaluru and Nagpur will host the remaining ODIs while the T20Is will be held in Ranchi, Guwahati and Hyderabad.

Comments
Topics mentioned in this article
India Cricket Team Australia Cricket Team Shikhar Dhawan India vs Australia 2017-18 Cricket
Get the latest updates on IPL 2020, check out the IPL Schedule for 2020 and Indian Premier League (IPL) Cricket live score . Like us on Facebook or follow us on Twitter for more sports updates. You can also download the NDTV Cricket app for Android or iOS.