India vs Australia: Ajinkya Rahane Opens Up After His Exclusion From T20 Squad

In the final ODI against Australia, Rahane and Rohit Sharma stitched together a 124-run stand for the first wicket, their third century stand in a row. 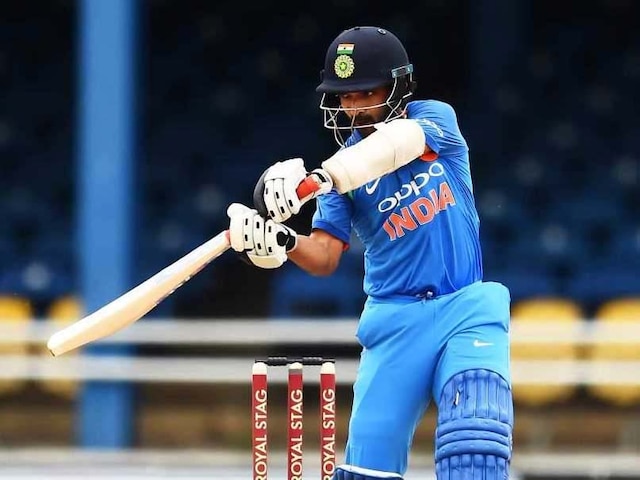 The Board of Control for Cricket in India (BCCI) on Sunday announced the 15-man squad for the 3 T20Is against Australia. The Indian board made the announcement soon after the Men in Blue registered an easy seven-wicket win in the 5th ODI in Nagpur. Shikhar Dhawan, Dinesh Karthik and Ashish Nehra were included in the squad, while in-form Ajinkya Rahane missed out. The Mumbai batsman, who took Dhawan's place in the ODI side against Australia, made the most of his opportunity with scores of 5, 55, 70, 53, 61. Earlier, the stylish right-hander was adjudged Man of the Series on the West Indies tour. Commenting on his exclusion from India's T20 squad, the Mumbai batsman said he respects the selectors' decision. "Yes, so much cricket we play, the team management, selectors take a decision and we respect it. Speaking about the competition, it is necessary and it helps you to give your best performance. Whoever gets a chance does well for the team. I have always enjoyed the competition," Rahane told reporters in Mumbai.

"Yes, I am happy. The responsibility and the opportunity I was given, the way I was supposed to bat, I did. Definitely, I am happy with the form I have carried from the West Indies tour, I have made four consecutive fifties.

"I could have converted the fifties into hundreds. It was in my mind to contribute, I shared three 100-run stands with Rohit (Sharma) and our aim was to give a good start to the team. In the future series if I get a chance I will convert the 50s into 100s," he said.

In the final ODI against Australia, Rahane and Rohit Sharma stitched together a 124-run stand for the first wicket, their third century stand in a row.

Rohit and Rahane dished out an exhibition of sublime strokemaking. On display were the delightful straight drives, crispy cuts and powerful punches off the backfoot.

It was Rahane who pierced the field early on as Rohit took 15 balls to get off the mark. But after his first two scoring shots, which were straight boundaries, there was no stopping him.

He mostly played with the straight bat and his special effort was laced with 10 fours and three sixes including the one he hit to get to his hundred.

Rahane was deeply disappointed to get out in the 23rd over despite his fourth successive fifty.

Comments
Topics mentioned in this article
India Cricket Team Australia Cricket Team Ajinkya Rahane Cricket India vs Australia 2017
Get the latest Cricket news, check out the India cricket schedule, Cricket live score . Like us on Facebook or follow us on Twitter for more sports updates. You can also download the NDTV Cricket app for Android or iOS.