India women's cricket team scored 147 for four after electing to bat. In reply, Ireland could only manage 118 for nine in the women's World T20 warm-up match. 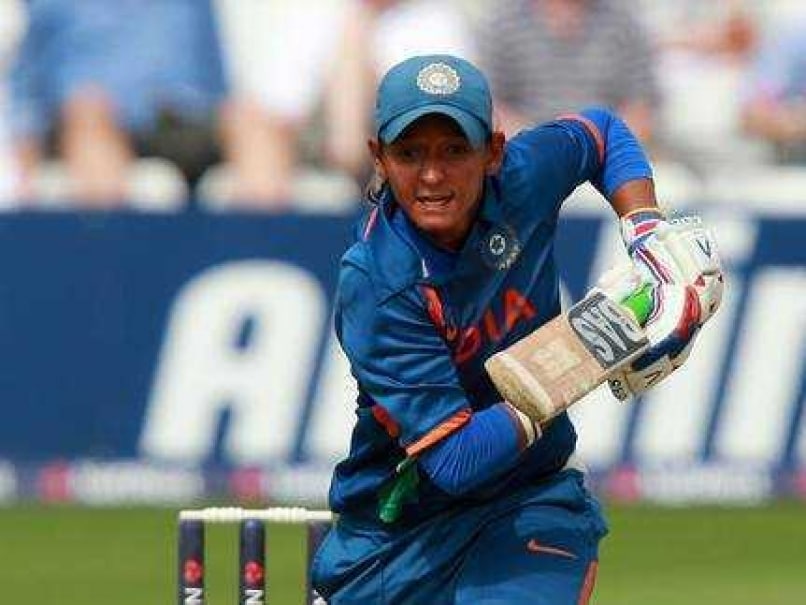 Harmanpreet Kaur (in pic) and Smriti Mandhana put on 72 runs for the third wicket after India had been reduced to 16/2.(Harmanpreet Kaur's official Facebook page)© Facebook
Bengaluru:

Smriti Mandhana, a 19-year-old left-hander from Mumbai, hit an unbeaten 73 off 52 balls to lift India to 147 for four after home team captain Mithali Raj won the toss and elected to bat.

Mandhana, who hit 10 boundaries and a six, put on 72 for the third wicket with Harmanpreet Kaur (24) after wickets off successive deliveries by Kim Garth had reduced India to 16 for two in the third over.

Ireland managed only 118 for nine in reply with Cath Delton making 37 off 30 balls and skipper Isobel Joyce chipping in with 28.

In another match under lights in Bengaluru, Sri Lanka skittled Bangladesh for 95 with one ball to spare after electing to field and then surpassed the modest target in 18.1 overs to win by five wickets.

Sri Lanka were coasting at 49 for one when Bangladesh fought back with three wickets in the space of eight runs, but Ranasinghe and Lokusuriyage teamed up again to steer their side home.

Comments
Topics mentioned in this article
India Women Mithali Raj World T20, 2016 Cricket
Get the latest updates on ICC T20 Worldcup 2022 and CWG 2022 check out the Schedule, Live Score and Medals Tally. Like us on Facebook or follow us on Twitter for more sports updates. You can also download the NDTV Cricket app for Android or iOS.