Former India team director Ravi Shastri admitted on Monday that he has applied for the post of head coach of the Indian cricket team. 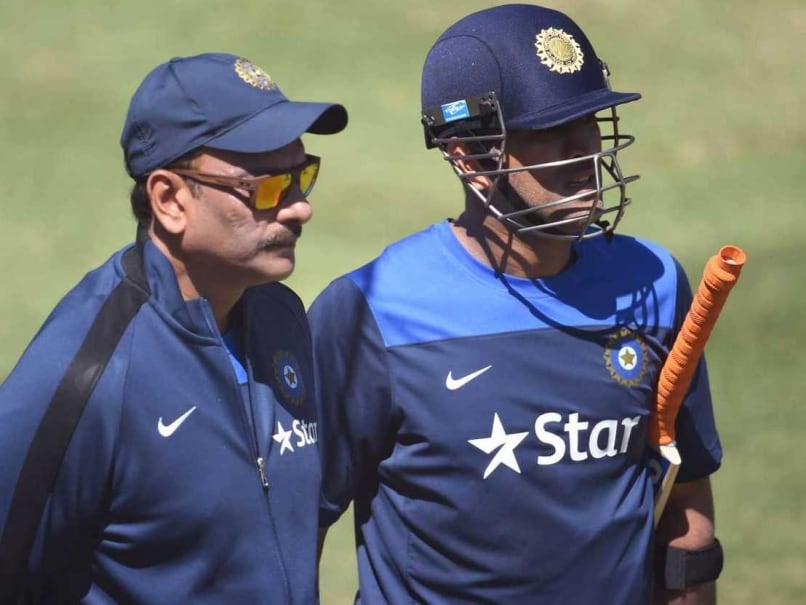 Ravi Shastri (left) on Monday admitted to applying for the post of chief coach of the Indian cricket team.© AFP

Shastri told PTI that he has submitted his application for the post. The former India captain had worked with the team for 18 months as its director. His contract ended at the conclusion of ICC World T20.

"Yes, I have applied for the chief coach's post today morning. I have emailed all the requisite documents that was asked for in the advertisement," Shastri said.

Asked if he has prepared any presentation or roadmap, the veteran of 80 Test matches said: "Whatever is required by the BCCI, I have provided them. If you ask me whether I am confident or not, all I can say is that my job was to apply for the post and I have done that. I cannot comment on anything else."

Shastri had earlier said in an interview that he considered the "18 months with the Indian team as his most memorable experience" in his three-decade long association with the Indian cricket in various capacities.

Shastri is the biggest name that has so far applied for the coveted post apart from current chairman of selectors and another former coach Sandeep Patil, who has also thrown his hat in the ring.

Patil's last stint with the Indian team was a disastrous one in which he was in charge for less than one year after Ajit Wadekar quit post the forgettable 1996 World Cup semi-final defeat to Sri Lanka.

However, Shastri's team of support staff - Sanjay Bangar, R Sridhar and Bharat Arun - have not yet applied as BCCI sources believe that they would like to continue in their earlier roles depending on the requirements of the Board.

Comments
Topics mentioned in this article
India Cricket Team Ravi Shastri Sanjay Bangar World T20, 2016 Cricket
Get the latest updates on ICC T20 Worldcup 2022, check out the Schedule and Live Score. Like us on Facebook or follow us on Twitter for more sports updates. You can also download the NDTV Cricket app for Android or iOS.