On this day five years ago, India captain Virat Kohli was named the Man of the Series in the 2016 ICC World T20. 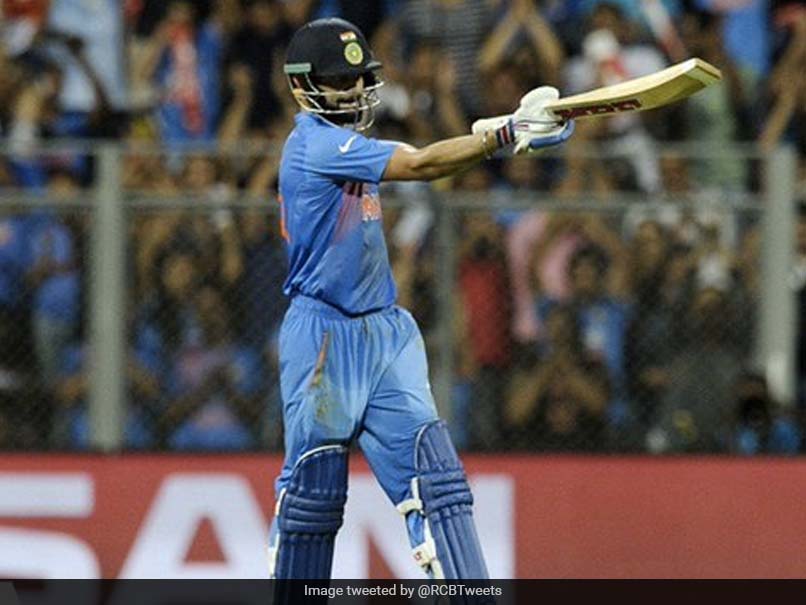 April 3, 2021, marks five years since Indian captain Virat Kohliwas named the Man of the Series in the 2016 ICC World T20. Kohli almost single-handedly led India's run chases in most of the matches in that edition of the World T20. MS Dhoni was the captain of India then. To commemorate the occasion, Kohli's Indian Premier League (IPL ) team Royal Challengers Bangalore (RCB) put up a tweet on its official handle: "On This Day in 2016 King Kohli was named the Player of the ICC World T20," it read.

#OnThisDay in , King Kohli was named the Player of the the ICC World T20 #PlayBold #WeAreChallengers pic.twitter.com/32W1rxYorW

The tweet garnered a few interesting responses. One of the users gave a clear idea of Kohli's domination in that tournament. The cricket fan tweeted: "And the second-best batsman from India was MSD with 89 runs in the tournament."

And second best batsman from India was MSD with 89 runs in the tournament, king Kohli single handedly takes India to SF and we lost that match because couple of no balls gifted by Indian bowlers

Another user also made a reference to the World T20 in 2014. Even then, Kohli was the player of the tournament.

He deserved trophy.Not only this in 2014 too.

In 2016, though India couldn't make it to the final, Kohli was instrumental in the team's run to the semi-finals.

In the tournament, he scored 273 runs at an astounding average of 136.50. Of the five matches that India played, Kohli had three 50 plus scores - 55 against Pakistan, 82 against Australia and 89 against West Indies - and was unbeaten on all three occasions.

Eventual champions the West Indies knocked India out of the tournament in the semi-final at the Wankhede Stadium in Mumbai.

What made each of Kohli's knocks special was the circumstances under which he scored those runs. All his big scores came under pressure when the team needed him to perform.

Though he started off by scoring just 23 runs against New Zealand in India's opening match, he made up for it by remaining not out on 55 against arch-rivals Pakistan on a tricky pitch at the Eden Gardens in Kolkata.

In the next match against Bangladesh, he made 24, a below-par score by his standards. However, he followed that up with two spectacular back-to-back knocks.

While the 82 against Australia in the do-or-die contest ensured that Team India reached the last-four stage, his score of 89 in the semi-final was enough to set a challenging total of 192 for the West Indies to chase down.

However, a disappointing show by the bowlers and the dew factor let India down, with the Windies setting up a date with England at the Eden Gardens for the final.

Virat Kohli World T20, 2016 Cricket
Get the latest updates on India vs South Africa and check out  Schedule, Results and Live Score. Like us on Facebook or follow us on Twitter for more sports updates. You can also download the NDTV Cricket app for Android or iOS.