Babar Azam's side dominated the game from the word go and never allowed India to stage a comeback. The match was set up by paceman Shaheen Shah Afridi, who sent the Indian openers packing inside the powerplay, a blow that India could never recover from. 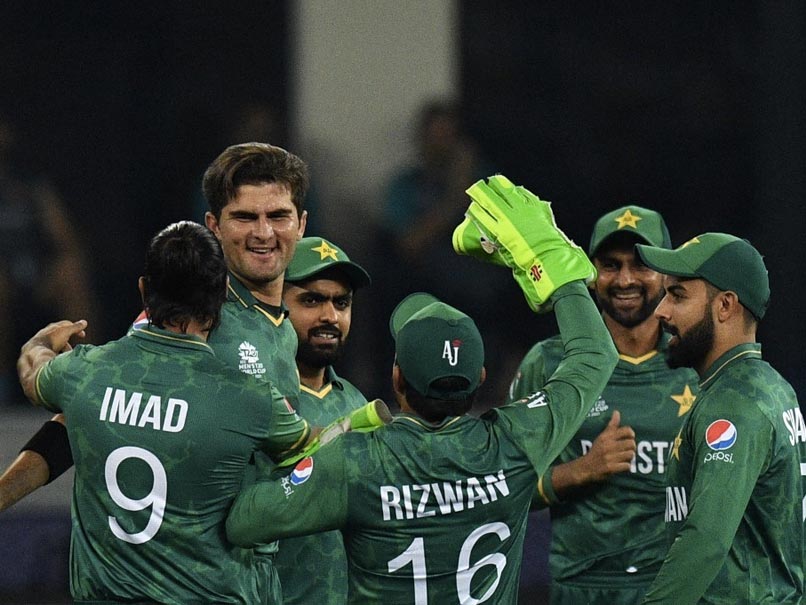 The monkey is finally off the back of Pakistan as they completed a resounding 10-wicket triumph over India in their opening match of the Super 12 stage of the ICC T20 World Cup in Dubai, to complete their first-ever win over the arch-rivals in a World Cup encounter. The victory comes after 5 straight losses over the years against the 'Men in Blue'in the showpiece event of cricket's shortest format,including a painful loss in the final of the inaugural T20 World Cup in 2007. Babar Azam's side dominated the game from the word go and never allowed India to stage a comeback. The match was set up by paceman Shaheen Shah Afridi, who sent the Indian openers packing inside the powerplay, a blow that India could never recover from. Indian captain Virat Kohli showed yet again why he is the man for the big occasions as he slammed a gritty half-century. But it wasn't enough to take the team to a huge total as India posted 151/7 in their allotted 20 overs.

In response, Pakistan's in-form opening duo of captain Babar and wicket-keeper batter Mohammad Rizwan looked in sublime touch as they deposited the hapless Indian bowlers to all parts of the ground.

Babar remained unbeaten on 68, while Rizwan scored a magnificent 79 not out to power the team to a memorable win, with 13 balls to spare.

None of the Indian bowlers could impact the match as Babar and Rizwan held court in the Dubai International Stadium, playing with power and panache. Rizwan was dominant in the closing stages as he hit Mohammed Shami for 17 runs in the 18th over to script a historic win for his team.

Earlier, India were off to a shocker of a start as left-arm-paceman Shaheen Shah Afridi was on fire as he trapped Rohit Sharma plumb in front of the wicket with a scorching yorker to send back the veteran opener for a golden duck on the fourth delivery of the first over of the innings.

Afridi wasn't done yet as he came back to dislodge the stumps of KL Rahul, who was dismissed for 3, as he failed to counter the swing and pace of the 21-year-old Pakistani fast bowler.

Suryakumar Yadav came out and hit a trademark six, before being caught splendidly by Mohammad Rizwan behind the wicket off the bowling of Hasan Ali. India at that point were struggling at 31/3 inside the powerplay.

Rishabh Pant joined forces with skipper Virat Kohli as the duo tried to take India out of the huge hole, they were in. Both Pant and Kohli played sensible cricket to take India to 66/3 at the end of 11 overs.

Pant let loose thereafter as he smashed back-to-back sixes off the bowling of Hasan Ali to give India a move on. But the wicket-keeper batter was sent back in the next over by leg-spinner Shadab Khan as his attempted big shot ballooned in the air and the bowler completed a neat high catch as Pant departed for 39.

Kohli continued to hold fort and eventually completed his 29th T20I fifty to set himself up for a final flourish in the company of Ravindra Jadeja. Kohli hit Hasan Ali for two boundaries in the 18th over but Jadeja was sent back.

With India on 127/5 after 18 overs, Hardik Pandya joined Kohli in the middle. Afridi returned to send back Kohli for a fighting 57. The big sixes never came as India stumbled their way to a total of 151.

Shaheen Afridi Cricket India vs Pakistan, Super 12 - Match 16
Get the latest updates on IPL Auction 2023 and check out  IPL 2023 and Live Cricket Score. Like us on Facebook or follow us on Twitter for more sports updates. You can also download the NDTV Cricket app for Android or iOS.