T20 World Cup 2021 final: Kane Williamson made the most of the dropped catch by Josh Hazlewood as he went on to score a fine knock of 85 runs. 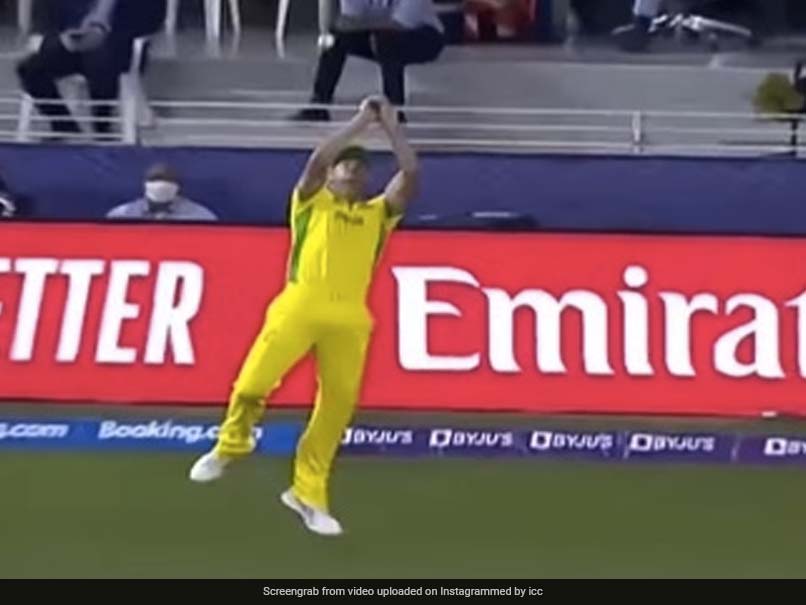 New Zealand skipper Kane Williamson was given a lifeline early in his 85-run knock on Sunday when he was dropped by Josh Hazlewood off Mitchell Starc's bowling in the final of the 2021 T20 World Cup at the Dubai International Stadium. Williamson mad the most of the dropped catch as he went on to hit a remarkable stroke-filled knock of 85 to help New Zealand post a total of 172/4 from their 20 overs after a slow start. Williamson tried to shuffle across the batting crease in an attempt to disturb Starc's rhythm, but ended up hitting a low full-toss straight to Hazlewood.

Hazlewood, who provided the early breakthrough for Australia by getting rid of Daryl Mitchell, dropped the opposition captain with the latter at an individual score of 21 runs.

The ICC shared the video of the dropped catch and wrote: "Tips it over the bar! How important could this moment prove to be? #T20WorldCup | #T20WorldCupFinal | #NZvAUS."

Right before the dropped catch, New Zealand were placed at 61/1 after 10.3 overs.

Before the start of the match, former Australian all-rounder Shane Watson explained that the pitch was a bit dry and had no grass covering on it. He also predicted that the wicket could be two paced and therefore batting first could be an advantage.

With no certainty regarding the pitch situation, Australia captain Aaron Finch won the toss and opted to bowl first.

They went in with the same team that defeated Pakistan in the semi-final while New Zealand made a forced change. Tim Seifert was brought into the team in place of an injured Devon Conway.

Josh Hazlewood Cricket
Get the latest updates on ICC T20 Worldcup 2022, check out the Schedule and Live Score. Like us on Facebook or follow us on Twitter for more sports updates. You can also download the NDTV Cricket app for Android or iOS.