Why Chelsea is not Manchester United 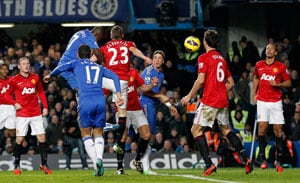 Or for that matter why Real Madrid can't be Barcelona or Why the Indian cricket team can't be like Australian side - the list can be endless depending upon what country you live in, which sport you follow and also how you view your sport. In the first blog, I will wholeheartedly try to explore the 'headline' in a totally balanced way while the following entry will be from a fan's point of view.

Or for that matter why Real Madrid can't be Barcelona or Why the Indian cricket team can't be like Australian side - the list can be endless depending upon what country you live in, which sport you follow and also how you view your sport. In the first blog, I will wholeheartedly try to explore the 'headline' in a totally balanced way while the following entry will be from a fan's point of view.

Hardly any points for guesses though whose fan I am - its Blues (Chelsea) all the way for me - but certainly not a die-hard one or anything. Putting it in a very 'humble' sort of way, I am a sport lover and football is just a part of that 'universal' set.

Taking up records from the point that English Premier League, as it is now, begins in 1992-93. 20 seasons down the line, 12 league titles have gone too the Reds (Manchester United) alongwith 2 UEFA Champions League crowns, 4 FA Cups and 3 League Cups. In the same period, Chelsea has won 3 League titles, 1 UEFA Champions League, 6 FA Cups and 3 League Cups. From the times when Chelsea could not win anything (Well, they did win the League Cup a few times and FA Cup during the famous Leeds United rivalry in 1969-70), this definitely is a massive improvement and there should be no complaints but when a fan sees his team committing similar mistakes over and over again, this remains the only way to vent those feelings out. And I leave the other teams' analysis to their respective supporters.

The will to win what come may, by hook or by crook (this is not to demean), is definitely stuff what champions are made of. It is sometimes too much to gulp down for the faint-hearted but when looked at in a broader sense, greatness cannot be achieved without all of this. A lot of conspiracy theories do then make rounds but as they say, "the game goes on". This is what I feel teams like Chelsea, Real Madrid lack and Manchester United, 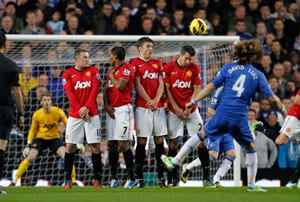 Barcelona thrive on. And even fans or some may say fanatics too rely on such attitude to 'like' or 'dislike' a particular team. In layman terms, someone like me will always fancy teams who are underdogs, unpredictable and yet always 'want' that 'my' favourites emulate the Man Uniteds and the Australian cricket side.

The player combos and the selection dilemma

Time and again it has been seen that mediocrity does seep in, in a team sport. It is the ability and willingness of the players and coaching staff to cut that down to as little as possible that makes for a consistent side. United have not won 12 titles (since 1992-93) - and twice they won 3 consecutive premier leagues, they have also done the treble (FA Cup, UEFA Champions League and English Premier League) - without a method.

It is a general perception that sides like United, Barca do not hang on to players beyond a certain limit and once the 'tantrums' begin, a 'witty' offload is conducted or an extraordinary behavourial change is brought in at the player level. This though, is not the case with Chelsea and the likes. They will cling on to their 'star' just for the sake of it. Some of the quite obvious examples are (I know there might be more to it than meets the eye) - the offloads: Cristiano Ronaldo, Ruud van Nistelrooy, David Beckham and the clingers: Frank Lampard, Didier Drogba, John Obi Mikel.

All of the aforementioned are brilliant players in their own rights but the ability to keep the players motivated and/or maintaining healthy competition within a team, rests on the management and the coaching staff. There were times, as a fan, I felt that Drogba and Lampard were merely dragging their careers around 2008-09. The goals were coming may be but the approach was not worthwhile (Eventually they did fightback though and won Chelsea more honours). And I still feel that Mikel is just an extra baggage that the Blues carry, can't point my finger as to why so. There were also times that Chelsea fans would have felt the same about Fernando Torres and John Terry. 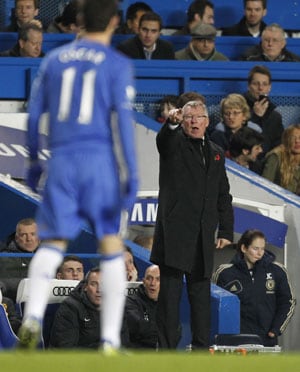 Another major factor will be the coach/manager. While Sir Alex Ferguson may be an exception yet signing managers too, it seems, is an art and Chelsea is not fully accomplished on that front. When Roman Abramovich took charge of Chelsea and appointed Jose Mourinho, they won two back-to-back league titles. The team did not exactly fade away after that but could not land the final punch, finishing runners-up twice and third once before winning under Carlo Ancelotti.

At the time, Carlo was Chelsea's 4th permanent manager in 21 months after Mourinho, Avram Grant and Luiz Felipe Scolari and 5th if I include temporary coach Guus Hiddink. So, since 2000, Chelsea has had 10 managers including Roberto Di Matteo and while Barcelona too have seen 8 at the helm, they have won 5 La Liga titles and 3 UEFA Champions League crowns among 11 other major titles. Chelsea has won 3 Premier League titles and the single Champions League trophy in addition to 8 other major titles.

Purely on statistics basis, Chelsea would be considered neck-to-neck by all and sundry, apart from their 2011-12 League performance and even then they managed to win the UEFA Champions League and the FA Cup. So, what else ails the Blues?

Many have also pointed that John Terry and co. are probably the most boring team on the planet, this despite their spoils and riches. They in fact, won the previous Champions League semi-final against Barcelona with 10-men (man off was John Terry) and Gary Cahill was injured. It was a pathetically boring game on one front but for fans with Blue (it was black and white that night) on their mind, a hard earned victory was what mattered.

We could believe that was one-off and circumstances forced the team to resort to extreme tactics but Chelsea have never been renowned to play the 'beautiful' game. Football is about scoring goals and sometimes one gets the feeling that they lack on that front. Is it an ingrained mindset which flows in to the players or is it some mind-blockage or is it just a manager's way of handling things? Well, it could be a mixture of all of those. Off the hand, one can easily remember matches, and important ones at that, where Man United and Barcelona or Australia in cricket have fought back from the brink to catch their opponents off-guard. And similarly, there also are numerous instances when these teams have won matches literally hammering the opposition black and blue. In Chelsea's case, I can hardly remember any of these but can remember when they have had to grind for a win despite looking the better side for most of that particular match.

All of that has changed a bit now though with younger, fresher legs coming in for the 2012-13 season and with a manager a more of a low-key person than most of his predecessors. Chelsea have already lost to the Reds and then promptly avenged the defeat, albeit in a lower rung tournament, when they were almost down and out. 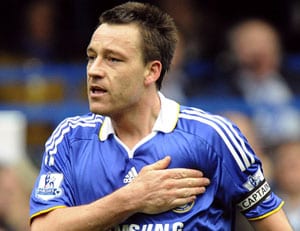 The final nail, not in the coffin

In the end, teams will win, teams will loose and the game will go on but fans will always seek perfection in their favourite sides. Not all teams though, will win everything and despite that the expectancy too will never die down. It is that will to do a little bit extra, that hope to achieve something special which drives the teams and in turn drives us, the fans.

P.S.- The Blues and The Reds have not been explained doubting the readers' capabilities but just for the sake of google and search related stuff. Also, most of what is written is subjective and you are entitled to voice your opinions too. And this is not just related to Chelsea (whom I might have mentioned the most) but all those teams that 'behave' like them.