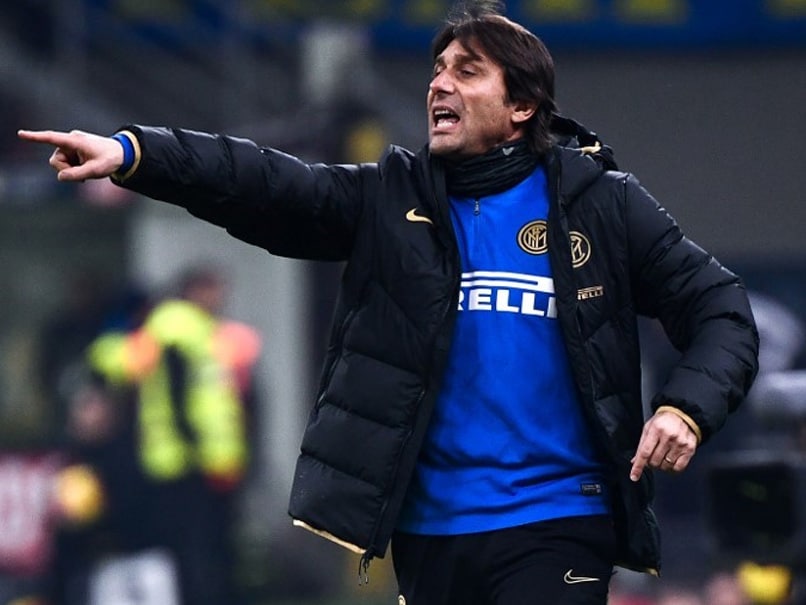 Antonio Conte's Inter Milan head south to his former club Lecce on Sunday looking to keep the pressure on Serie A leaders Juventus, who host Parma, as the three-way title chase gains momentum with Lazio just behind the leading duo. Inter Milan are two points behind the eight-time reigning champions after being held by Atalanta last weekend with promoted Lecce offering 50-year-old Conte a chance to take home three points. The minnows from the heel of Italy are one point above the relegation zone, coming off a run of four consecutive defeats, with 38 goals conceded this campaign.

Inter Milan forward Lautaro Martinez, who has scored 15 goals in total this season, praised Conte for instilling ambition in the club who last won Serie A in 2010.

"He has a special way of doing things and has taught us so much from his first day in charge.

"He has convinced us to all give our best and the results are there for all to see."

Inter kicked off their season at home in the San Siro with a 4-0 win over Conte's hometown club Lecce where he began his football career.

Former Manchester United striker Romelu Lukaku's first goal in Serie A came against Lecce, and he has scored 18 goals in all competitions this campaign, including a double during the week in a 4-1 Italian Cup win over Cagliari.

Maurizio Sarri's Juventus face a potentially tricky tie against seventh-placed Parma, who are pushing for a return to European football.

Cristiano Ronaldo missed their midweek Italian Cup win over Udinese with sinusitis, but Paulo Dybala scored a double as he spearheaded the attack with fellow Argentine Gonzalo Higuain, who was also on target.

"We'll be looking to keep the momentum going against Parma," warned Higuain.

Lazio are third -- six points behind Juventus -- but with a game in hand and targeting an 11th consecutive league win against Sampdoria.

Claudio Ranieri's Sampdoria beat Brescia 5-1 last weekend, but have not won against the Roman club in 15 years.

"I'll eat the players alive if they relax after Brescia," warned Ranieri.

"It will be a massive challenge because (Simone) Inzaghi's team are going through one of those periods where everything is working for them.

"(Serie A top scorer Ciro) Immobile is scoring from every position and in every way."

Roma are coming off back-to-back defeats against Torino and Juventus, and desperately need a boost against Genoa before facing city rivals Lazio in the Stadio Olimpico.

Zlatan Ibrahimovic wants to score at home for AC Milan in the San Siro after finding the net in his first start last weekend in a 2-0 win against Cagliari.

The 38-year-old Swede was rested during their 3-0 Italian Cup win over SPAL.

AC Milan host Udinese, who are just behind them in 11th and on a three-matching league winning streak.

The side from Udine and who won the reverse fixture 1-0 in August.

Zlatan Ibrahimovic Antonio Conte Football
Get the latest updates on IPL 2021, IPL Points Table , IPL Schedule 2021 , live score . Like us on Facebook or follow us on Twitter for more sports updates. You can also download the NDTV Cricket app for Android or iOS.