Cristiano Ronaldo's towering header for Juventus against Sampdoria in a Serie A match is one of the images of sports in 2019. 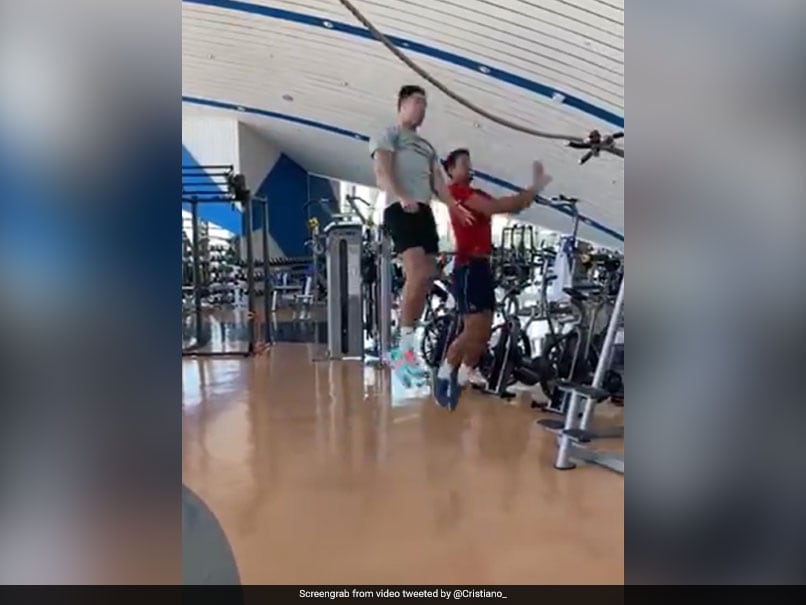 Cristiano Ronaldo and Novak Djokovic often share videos of their respective training sessions.© Screengrab of the video shared by @Cristiano

Cristiano Ronaldo and Novak Djokovic made the most of their winter breaks by enjoying a fun training session together. Ronaldo and Djokovic often share videos of their training sessions and are among the fittest to play their respective sports. The Juventus star posted a video on his Twitter handle on Friday in which he can be seen teaching the ace tennis player "how to jump" "Teaching Novak Djokovic how to jump!!Was a pleasure to see you and train with you my friend!!" Ronaldo captioned the video on Twitter.

Teaching @DjokerNole how to jump!! Was a pleasure to see you and train with you my friend!! pic.twitter.com/GgMr9rAUEf

Teaching @DjokerNole how to jump!! Was a pleasure to see you and train with you my friend!! pic.twitter.com/zDvNMhMaBm

Juventus applauded Cristiano Ronaldo after his incredible leap to score the winner.

"As he rose up into the air, where he seemingly hung suspended for a split second of time, Ronaldo reached an impressive height of 2.56m (8 foot 4 inches) when his head connected to the ball," Juventus said on their website.

"He jumped 71cms off the ground to nod in his 11th headed goal since joining Juventus."

Ronaldo, who earlier in the season was off-form amid injury concerns, said, "I'm really happy with the result... It was a really good goal also because it was the one that won the three points."

Fans on Twitter noted that Ronaldo has previously headed goals by jumping 2.93 metres against Manchester United in 2013 and 2.61 metres against Wales in 2016.

Juventus are behind Antonio Conte's Inter Milan only on goal difference in the Italian football competition.

The former Manchester United and Real Madrid star has scored 10 goals in 14 league games this season.

However, Cristiano Ronaldo's Juventus were beaten 1-3 by Lazio in the Italian Super Cup final played in Riyadh, Saudi Arabia on Sunday.

Djokovic, meanwhile, is gearing up for the Australian Open from January 20.