Cristiano Ronaldo sailed through the air to head home a goal against Sampdoria during their Serie A contest on Wednesday. 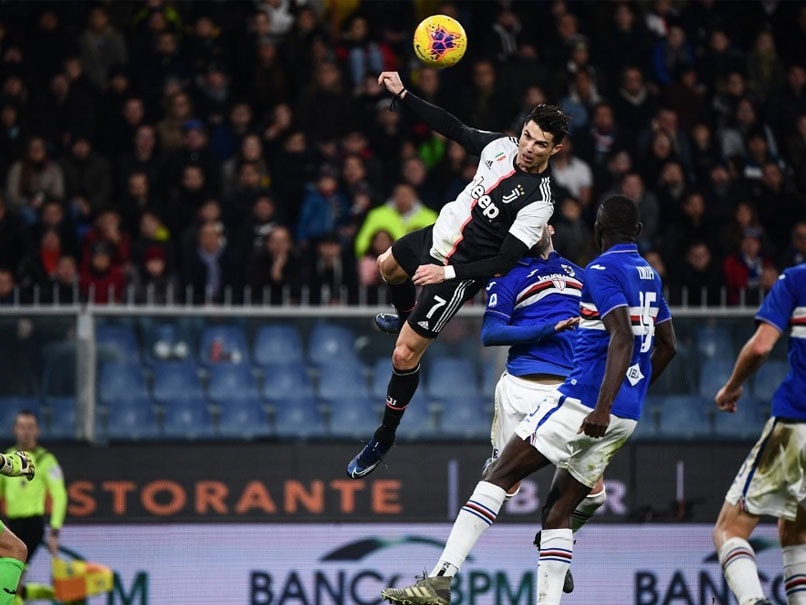 Cristiano Ronaldo will be celebrating his 35th birthday next year February but is showing no signs of slowing down. The Portuguese superstar has always been a supreme athlete and on Wednesday he gave another peek into his unworldly abilities during the Sampdoria vs Juventus Serie A match at the Stadio Luigi Ferraris. With both teams level at 1-1 and half-time looming, Cristiano Ronaldo produced a moment of inspiration when he met a header with a gravity-defying leap and had a hang time that would put most NBA stars to shame. Ronaldo's incredible header in the 45th minute turned out to be the winner, helping Juventus go top of Serie A.

The video of Ronaldo's sensational goal quickly went viral, with the likes of the British television personality Piers Morgan taking the opportunity to take a dig at Lionel Messi.

Messi can't do this... https://t.co/KoePBYqLFv

This is one of the craziest videos you'll watch this season. Cristiano Ronaldo's header against Sampadoria in slow motion. Holy shit!pic.twitter.com/JUoTEGnw14

Nobody, I repeat Nobody, not even your Messi. Can score this type of goal.. He practically defiled Gravity!

... is it a bird ? ... is it plane ? noooo..! it's Cristiano Ronaldo #SampdoriaJuventus pic.twitter.com/SzYGpVzCb3

"I'm really happy with the result... It was a really good goal also because it was the one that won the three points," said Ronaldo, who earlier in the season was off-form amid injury concerns.

"Like I said before I'd had pain in my knee for around a month, but now I'm OK and now I want to help Juventus win trophies."

The win helped Juventus climb to the top of Serie A table, three points ahead of Inter Milan, who have a game in hand. Inter will have a chance to reclaim the top spot when they host Genoa at the San Siro on Saturday.