Juventus suffered their first defeat of the season in all competitions with a 3-1 Serie A loss against Lazio in Rome. 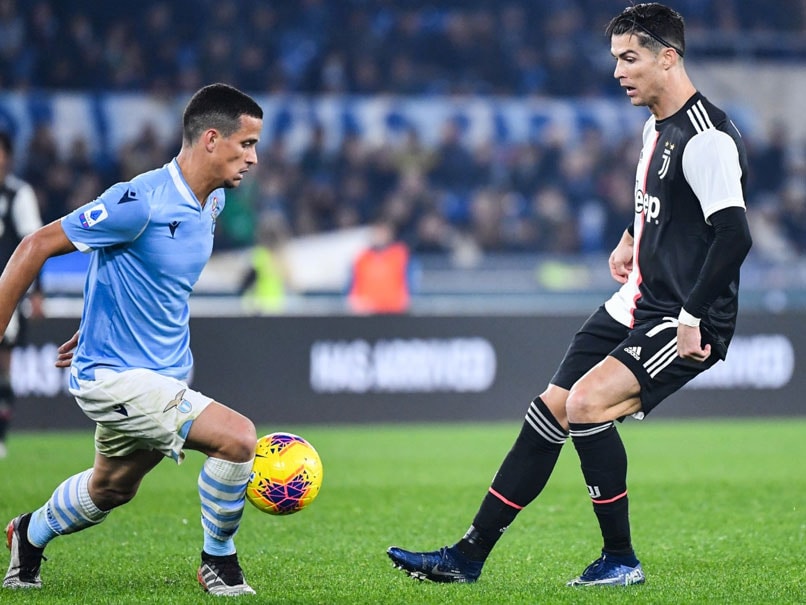 Cristiano Ronaldo put Juventus ahead at the Stadio Olimpico after 25 minutes.© AFP

Italian champions Juventus suffered their first defeat of the season in all competitions with a 3-1 Serie A loss against Lazio in Rome on Saturday. Maurizio Sarri's eight-time reigning Serie A champions remain second in the league, two points behind leaders Inter Milan after 15 matches. Cristiano Ronaldo put Juventus ahead at the Stadio Olimpico when he picked up a Rodrigo Bentancur cross to tap in after 25 minutes. But Luiz Felipe hit back for the Romans in front of 60,000 fans just before the break.

Juventus were hampered by Juan Cuadrado's sending off on 69 minutes and Lazio took control as Sergej Milinkovic-Savic connected with a Luis Alberto assist to fire in a stunning goal.

Simone Inzaghi's side are now just three points behind Juventus, and five adrift of Inter.