Atletico Madrid's victory consolidated their third place on 62 points to stay well on course for a return to the Champions League next season. 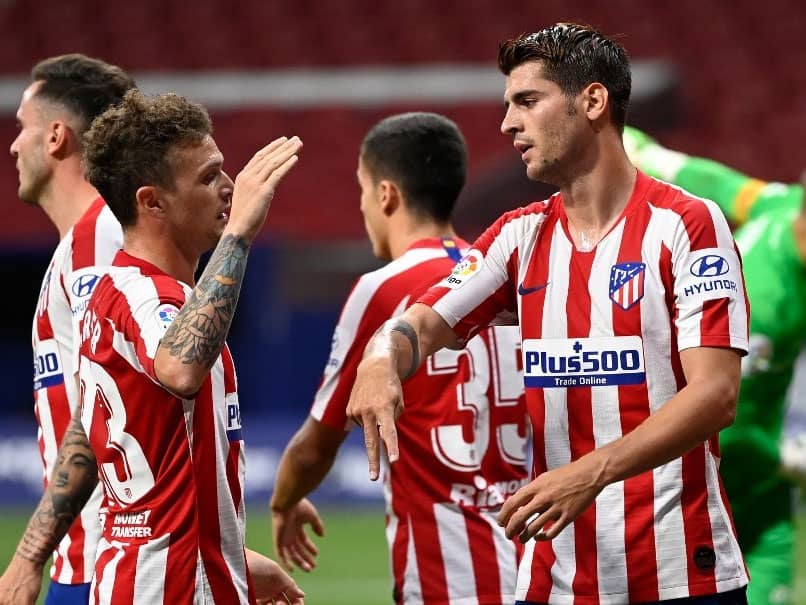 Alvaro Morata scored twice to help Atletico Madrid to a 3-0 win over relegation-haunted Mallorca on Friday and stretch their unbeaten La Liga run to 12 games. The victory consolidated their third place on 62 points to stay well on course for a return to the Champions League next season. Morata opened the scoring from the penalty spot in the 25th minute. He had been fouled by Aleksandar Sedlar but then saw his spot-kick saved by Manolo Reina. However, a Mallorcan player had encroached in the penalty area and Morata made no mistake with his second attempt.

The striker added a second goal just before the break.

Ideally set-up by Marcos Llorente, he prodded the ball into an empty net.

Koke, with a deflected shot, put away the third goal for Atletico in the 76th minute.

Sergio Ramos' late penalty proved the difference at the Alfredo di Stefano Stadium where Madrid were made to feel uncomfortable by Getafe but dug out a gutsy 1-0 victory worthy of champions.

This was arguably Madrid's toughest fixture remaining and with a four-point advantage over Barcelona, as well as the superior head-to-head, the trophy is now firmly within their grasp.

"We have not won anything," insisted coach Zinedine Zidane.

"We are doing things well, yes, but there are five games still to go. If we continue like this, staying solid, it will be fine."

It is Madrid's biggest lead over Barcelona since September and their biggest cushion at the top of the table all season.

If they can beat Athletic Bilbao at San Mames on Sunday, Madrid could even pull seven points clear before Barca face a difficult game away at in-form Villarreal a few hours later.