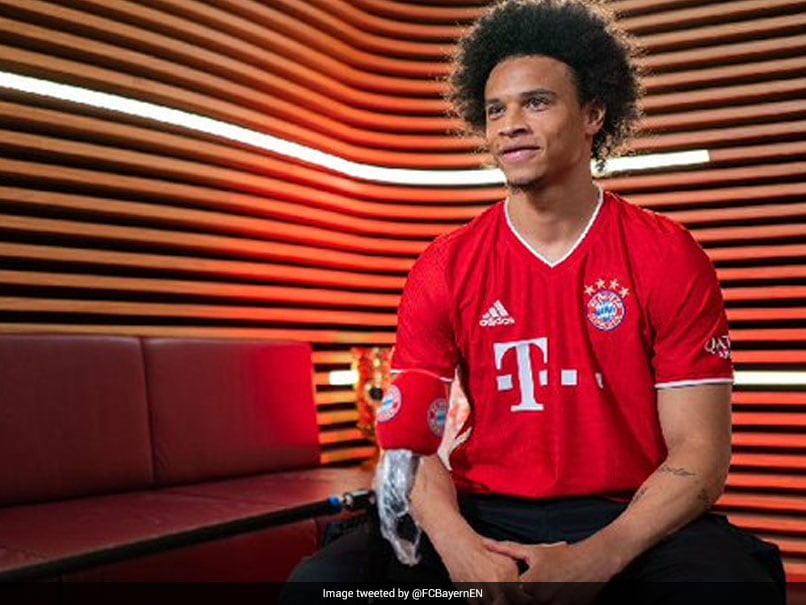 Leroy Sane has targeted Champions League glory with Bayern Munich after joining the Bundesliga giants from Manchester City for a fee of around 50 million euros ($56 million) on Friday. The Germany winger has returned to his home country on a five-year contract after receiving the blessing of City coach Pep Guardiola. "Bayern is a very big club and has big goals - these goals suit me as well," said the 24-year-old Sane.

"I want to win as many titles as possible with Bayern, and the Champions League is at the top."

The Bundesliga champions did not give the transfer fee, but Sky Sports and the BBC have reported that Bayern and City agreed to a fee of 54.8 million pounds (60.8m euros, $68.2m). German daily Bild claim the fee is around 50 million euros.

Sane said he is looking forward to linking up again with Bayern head coach Hansi Flick, who has just steered the club to an eighth straight league title in his first season in charge.

"I know Hansi Flick from the under-21 national team. We had a very good relationship there," added Sane.

His transfer became an open secret as Guardiola revealed earlier this week that Sane was likely to leave after rejecting a new contract offer with a year left on his existing deal at City.

Sane scored 39 goals in 135 appearances in all competitions for City after joining from Bundesliga club Schalke in 2016.

His arrival on Wednesday in Bavaria was much hyped with reporters at Munich airport using smartphones to film the landing of a private jet from England before Sane was whisked away for his medical.

Bayern were slightly red-faced on Thursday night when the Arabic version of their website jumped the gun before the official announcement by posting pictures of Sane already wearing the club's famous red shirt.

However, despite the high-profile move, German media have already warned that Sane still needs to prove himself.

"It is now up to Sane to justify the hype with goals and assists. For all his talent, he is not (yet) a world star," commented magazine Kicker.

Sane has 21 caps and five goals for Germany, but was a shock omission from the squad for the 2018 World Cup in Russia, when the holders bowed out in the group stage.

He will start preparing for the 2020/21 season next week, the club has said. He is not eligible to feature in this Saturday's German Cup final against Bayer Leverkusen in Berlin.

"Our goal is to gather the best German players at Bayern and Leroy's commitment confirms that."

Last year, Sane had reportedly been on the verge of a big-money transfer to Bayern before suffering a serious knee injury in August which sidelined him until February.

After rebuilding his fitness, Sane made his first Premier League appearance of the season as a substitute against Burnley last week.

Manchester City Leroy Sané Football
Get the latest updates on India vs South Africa and check out  Schedule, Results and Live Score. Like us on Facebook or follow us on Twitter for more sports updates. You can also download the NDTV Cricket app for Android or iOS.