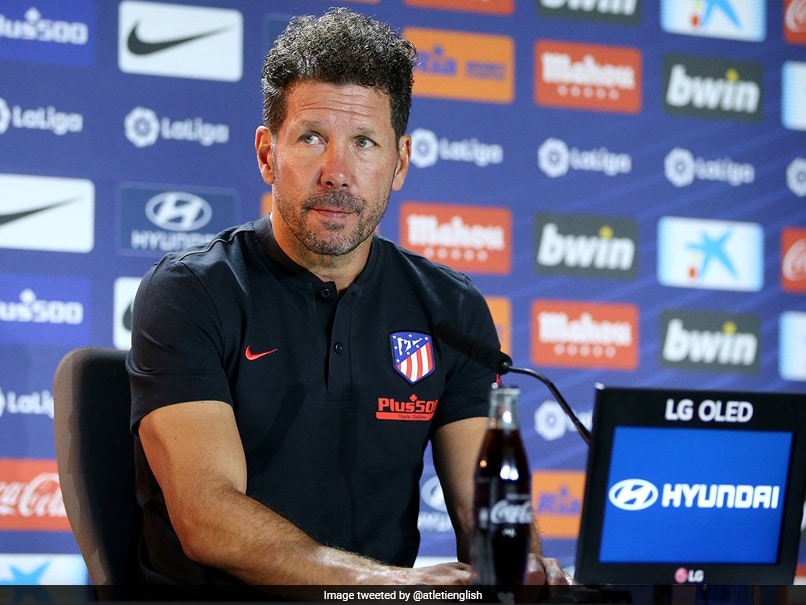 Diego Simeone overtook Luis Aragones as the coach with the most top-flight wins for Atletico Madrid.© Twitter

After defeating Alaves, Atletico Madrid's manager Diego Simeone said they clinched a ''very important'' victory as it will help them cement their position on the La Liga table. "Today's result was very important to cement our position. Our opponents defended very well and made things very difficult for us in the first half. They also counter-attacked a few times," Simeone said after the match. Atletico Madridsecured a 2-1 victory in the match on Sunday and consolidated their third position on the La Liga table as they now have 58 points, four points ahead of the fourth-placed club Sevilla.

Moreover, Simeone now has 195 wins under his belt in the top-flight of Spanish football with this victory. The Argentine has now overtaken Luis Aragones (194) as the coach with the most top-flight wins in the club's history.

Atletico Madrid will now take on table-toppers Barcelonain the league on July 1. Simeone admitted that the next match is going to be ''really tough'' as he wants his team to be in the best possible shape.

"The next game will be really tough, like every time we play in Barcelona. Now it is time to rest and prepare so that we arrive in the best possible shape," he said.

Atletico Madrid Diego Simeone Football
Get the latest updates on ICC T20 Worldcup 2022, check out the Schedule and Live Score. Like us on Facebook or follow us on Twitter for more sports updates. You can also download the NDTV Cricket app for Android or iOS.