David Beckham had posted the adorable snap with his daughter on Instagram. 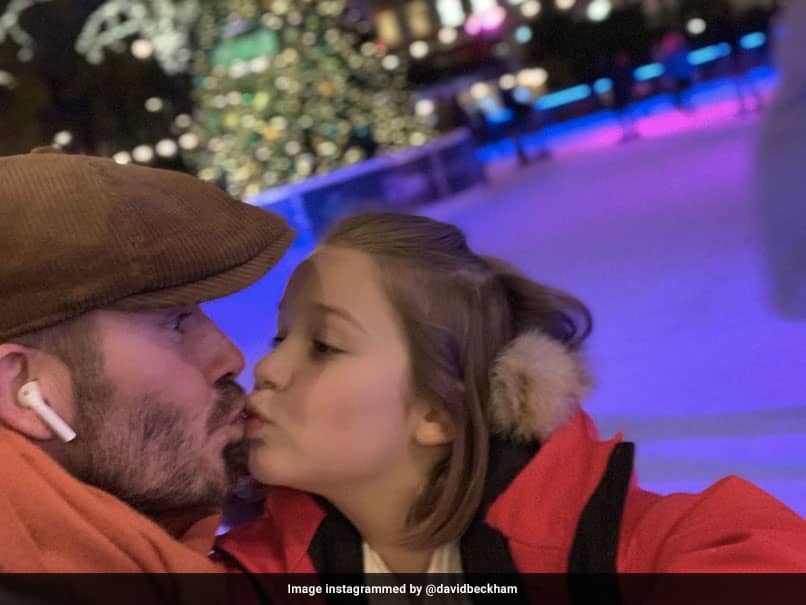 Former English footballer David Beckham has been a heartthrob for millions.© Instagram

Former English footballer David Beckham has been a heartthrob for millions, over the years. Beckham's style statement has been adored by many with others trying to copy it for the same. However, recently, the six-time Premier League winner with Manchester United Beckham, found himself in the middle of criticism for posting a snap with his daughter Harper on Instagram. In the adorable snap, Beckham can be seen kissing her seven-year-old daughter on her lips.

Soon after Beckham posted the picture, one of the trolls said, "she's your daughter. .why are you kissing on her lips..?..that's ur wife kiss..."

While the other said, "I feel like a kiss on the cheek is better than that n the lips. The lips is just weird."

However, Beckham's fans and friends turned out in huge number to support him with New England Patriots quarterback Tom Brady saying, "Dad and daughter. So Sweet!"

While one of the fans said, "I'm 35.. I still kiss my dad on the lips...why do people always turn something innocent into something sinister. Sad people imo."

Another fan said, "Ignore the people who say it's inappropriate...they are probably my trolls looking for a reaction and at the minute they are getting what they want. Focus on the pure love you can see in the photo...it's a father and daughter sharing a beautiful moment, nothing more."

In August 2018, Beckham received the 2018 UEFA President's Award in honour of his achievements in the game and his work since retiring as a player.

Beckham won the Champions League with United in 1999 and later played for Los Angeles Galaxy, AC Milan and Paris Saint-Germain after leaving Madrid.

He hung up his boots in 2013 and earlier this year was awarded an MLS franchise in Miami.

Comments
Topics mentioned in this article
David Beckham Football
Get the latest updates on IPL 2021, IPL Points Table , IPL Schedule 2021 , live score . Like us on Facebook or follow us on Twitter for more sports updates. You can also download the NDTV Cricket app for Android or iOS.