England last reached the World Cup quarter-finals in 2006, when Beckham was captain and their only World Cup final was way back in 1966, when they beat Germany at Wembley. 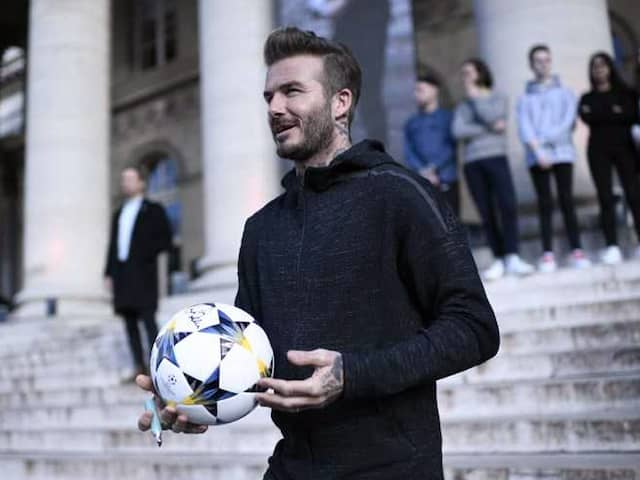 Owing to a positive start with a 2-1 win over Tunisia, former captain David Beckham has predicted that England will lock horns with Lionel Messi's Argentina in the World Cup 2018 final that will be played on July 15 at Luzhniki Stadium in Moscow, Russia. Speaking at a promotional event in China, Beckham said that the Three Lions have boosted their chances of reaching the knockout rounds by winning their opening encounter. England last reached the World Cup quarter-finals in 2006, when Beckham was captain and their only World Cup final was way back in 1966, when they beat Germany at Wembley. "I believe Argentina will play against England in the final," Beckham predicted at an event to promote China's largest collegiate football league. "I think obviously my choice would be England to win the competition, but that's me being biased and passionate about my country," he added.

But the former Manchester United and Real Madrid midfielder, a veteran of three World Cups, warned that the road ahead looked hard for Gareth Southgate's team.

"I'm very happy that we won the first game in the group," he said. "England is a very young team, they don't have a lot of experience yet and the journey of the World Cup will become harder and harder because there are many good teams in the tournament."

Beckham's assessment may also have been influenced by the struggles of some of the top teams in the early games, including Mexico's defeat of defending champions Germany.

Argentina, who could meet England in the semi-finals or final, drew 1-1 with Iceland in their first game as Messi, their talisman, missed a penalty.

The South American giants will play their crucial Group D clash against Croatia on Thursday, while England will take on Panama on Sunday.

Lionel Messi 2018 FIFA World Cup Football England vs Panama, Match 30
Get the latest Cricket news, check out the India cricket schedule, Cricket live score . Like us on Facebook or follow us on Twitter for more sports updates. You can also download the NDTV Cricket app for Android or iOS.