UEFA's move follows the use of VAR at the FIFA World Cup in Russia, when it was deemed largely to be a success. 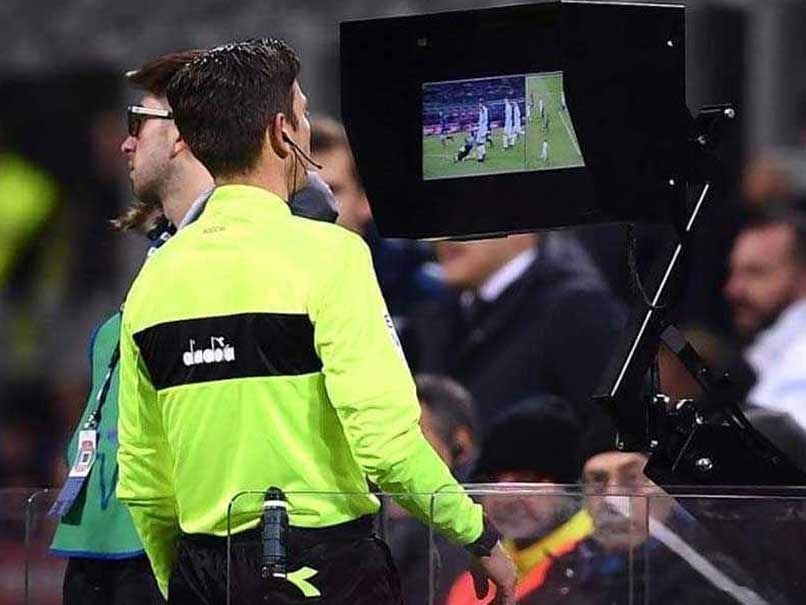 VAR has been introduced in the top divisions in Spain and France this season.© AFP

Video Assistant Referees will be used in the Champions League from the 2019-20 season and will also be introduced at the 2020 European Championship, UEFA said on Thursday. European football's governing body revealed a decision had been taken at a meeting of their executive committee to bring in the technology, which will be used from the play-off round preceding the group stage of the Champions League. UEFA's move follows the use of VAR at the FIFA World Cup in Russia, when it was deemed largely to be a success.

VAR will also be used in the Europa League, but not until the 2020-21 season and only from the group stage, and in the finals of the new international Nations League competition, although only from 2021.

Before that, UEFA will introduce VAR for the first time at next August's Super Cup in Istanbul, between the winners of this season's Champions League and Europa League.

"We're confident that introducing VAR in August 2019 will give us enough time to put in place a robust system and to train match officials to ensure an efficient, successful implementation of VAR in the UEFA Champions League, the world's flagship club competition," UEFA president Aleksander Ceferin said.

UEFA were meeting at their Swiss headquarters ahead of the announcement later of the winning bid to host Euro 2024, with Germany and Turkey competing for the right to organise the tournament.

VAR has been introduced in the top divisions in Spain and France this season, with those leagues following on from the German Bundesliga and Italian Serie A, although the English Premier League has been more cautious and it has not yet been widely brought in across the continent.

Ceferin himself had resisted calls to bring VAR into Europe's elite club competition, telling journalists in Monaco last month that "VAR is not completely clear for now, but we also know that there is no way back anymore, technology will come sooner or later".

Up until recently, UEFA had not discounted the possibility of introducing VAR in the Champions League from the latter stages this season, or at least for the final, to be played in Madrid on June 1, next year. But they will now wait until next season.

Ceferin has acknowledged that VAR "worked quite well" at the World Cup, although UEFA's biggest concern has been how they can effectively run the system in a competition spanning an entire continent.

Giorgio Marchetti, the organisation's deputy general secretary, recently admitted that VAR was "obviously not impossible but very complex, and requires a lot of planning".

That, in particular, explains why they will wait an extra year before bringing in VAR in the Europa League, a larger competition than the Champions League and one which tends to include a wider array of countries.

Euro 2020, meanwhile, will be played at 12 different venues across the continent, with the semi-finals and final at Wembley.