The VAR system has, so far, been used at this World Cup on over 440 occasions with 19 reviews in 62 matches. 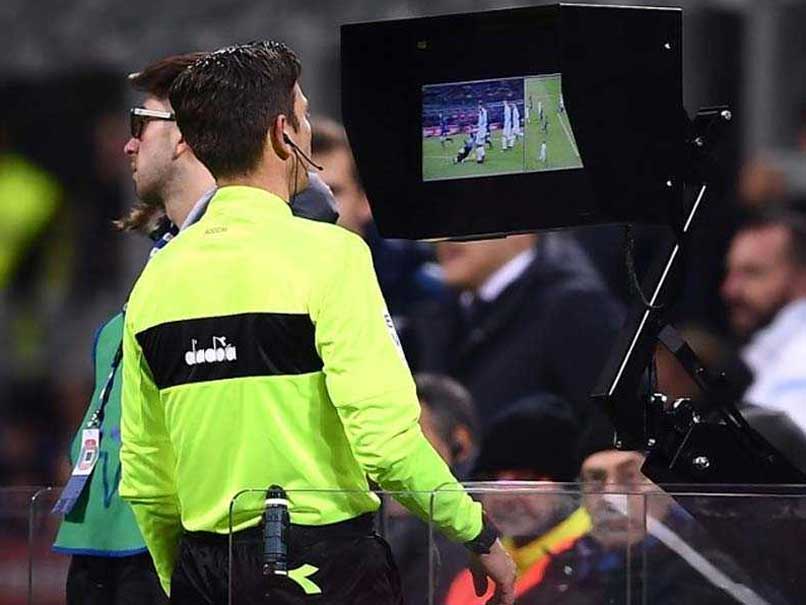 Referee using VAR during a match at World Cup 2018.© AFP

President of FIFA Gianni Infantino on Friday praised the 2018 Russian football tournament as the best World Cup ever. One of this World Cup's innovative game-changers was the deployment of the Video Assisted Referee (VAR,) a football assistant referee who reviews decisions made by the head referee with the use of video footage and a headset for communication. The VAR system has, so far, been used at this World Cup on over 440 occasions with 19 reviews in 62 matches, said Infantino, who claimed that with VAR: "goals scored from an off-side position have finished."

"The word is progress, it is better than the past, VAR is not changing football, VAR is cleaning football, making football more honest and more transparent, helping referees take good decisions," Infantino said at Moscow's Luzhniki stadium press conference regarding the overall results of this World Cup.

He stressed that thanks to VAR "goals scored from an off-side position have finished, at least in the case of VAR-assisted football."

When asked whether the Union of European Football Associations (UEFA) should implement VAR for this year's Champions League season, Infantino replied: "I left the UEFA two years ago. It is now up to others to take that decision."

Infantino stated that VAR had "educated" footballers, as being monitored by VAR cameras deterred them from resorting to violence.

"There has not been a single red card, so far, for violent play" Infantino told the media. When a journalist reminded him of Cristiano Ronaldo's aggression against Iranian player Morteza Pouraliganji, Infantino justified it by saying "It was not in the face".

Croatia FIFA
Get the latest updates on ICC Women's Cricket World Cup 2022 and IPL 2022, check out the Schedule , Live Score and IPL Points Table. Like us on Facebook or follow us on Twitter for more sports updates. You can also download the NDTV Cricket app for Android or iOS.