FIFA said its new formula relied on adding or subtracting points, depending on the results of matches, rather than averaging points over a given period of time. 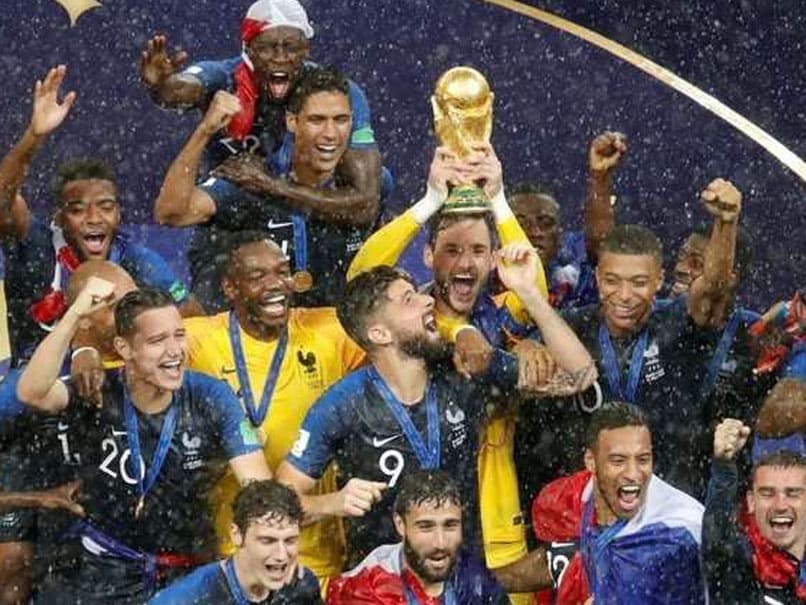 World champions France predictably shot to the top of the FIFA rankings published on Thursday while previous leaders Germany slumped to 15th after their humiliating first round exit in Russia. The rankings were the first to be issued since France beat Croatia 4-2 in the World Cup final on July 15 and also the first since FIFA replaced its much-criticised previous formula. France were followed by Belgium, the team they beat 1-0 in the semi-finals, with Brazil dropping one place to third after their quarter-final exit against the Belgians. Surprise finalists Croatia leapt from 20th to fourth.

Quarter-finalists Uruguay climbed nine places to fifth while England's run to the semi-finals took them up to sixth place from a previous twelfth.

Argentina dropped to 11th after a chaotic campaign which included a 3-0 group stage defeat by Croatia on the way to a last 16 exit against France where they lost 4-3.

Hosts Russia, who began the tournament at a modest 71st place, leapt 21 spots after their surprise run to the quarter-finals.

FIFA said its new formula, approved by the FIFA Council before the World Cup, relied on adding or subtracting points, depending on the results of matches, rather than averaging points over a given period of time.

The global soccer governing body said the new system was developed over two years during which "a large number of different algorithms was tested and extensively discussed".

FIFA said the new system would no longer weight matches according to which region they were played in and this would provide "fair and equal opportunities for all teams across all confederations".

FIFA said the removal of an annual average point calculation, which was part of the previous formula, would have a number of benefits, including reducing the ability of teams to influence their ranking by avoiding friendlies.

Spain 2018 FIFA World Cup Football
Get the latest updates on IPL Auction 2023 and check out  IPL 2023 and Live Cricket Score. Like us on Facebook or follow us on Twitter for more sports updates. You can also download the NDTV Cricket app for Android or iOS.