France right-back Benjamin Pavard has won the 2018 World Cup goal of the tournament award for his stunning strike against Argentina. 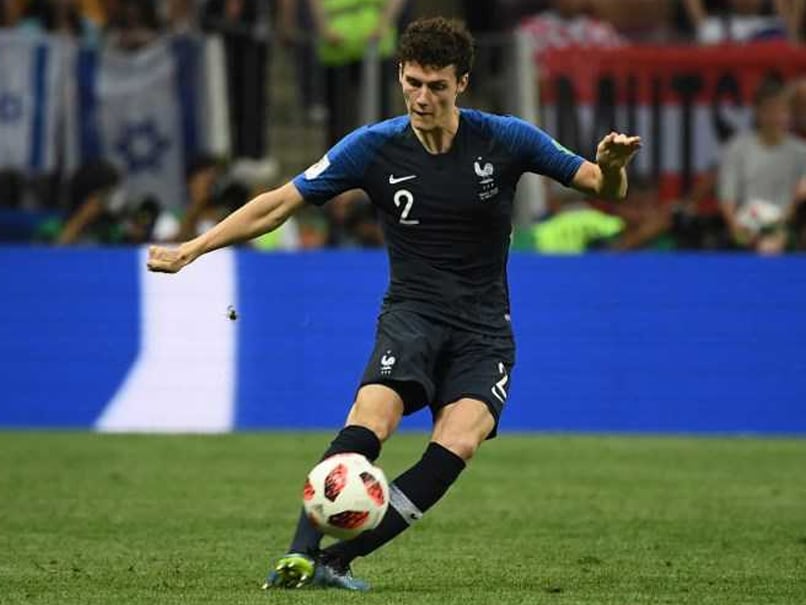 Benjamin Pavard's goal against Argentina in the last-16 tie won him the award.© AFP

France right-back Benjamin Pavard has won the 2018 World Cup goal of the tournament award for his stunning strike against Argentina, FIFA announced on Wednesday. The 22-year-old Stuttgart defender ran onto a left-wing cross from Lucas Hernandez and sent a right-footed half-volley spinning into the top corner to level eventual champions France's last-16 tie with Argentina at 2-2 in the 57th minute. France went on to win the game 4-3 before beating Croatia in the final on July 15.

Pavard's effort won a public vote to be named the best of the 169 goals scored in the tournament, seeing off competition from Colombian midfielder Juan Quintero's free-kick against Japan and Luka Modric's goal in Croatia's group-stage thumping of Argentina.

France Benjamin Pavard 2018 FIFA World Cup Football
Get the latest updates on ICC Women's Cricket World Cup 2022 and IPL 2022, check out the Schedule , Live Score and IPL Points Table. Like us on Facebook or follow us on Twitter for more sports updates. You can also download the NDTV Cricket app for Android or iOS.