Yearender 2018: World Cup, Managerial Failure, Death, Retirement - A Year Which Recorded It All

NDTV brings to you a compilation of the major happenings from the world of football in 2018. 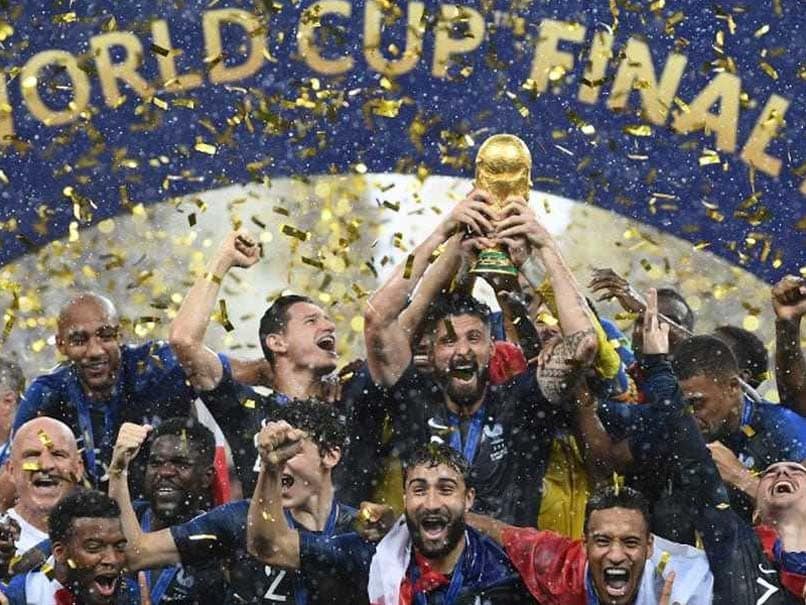 Football, the global sport, recorded an eventful year. From the sport's marquee tournament -- the FIFA World Cup -- to legendary Arsenal manager Arsene Wenger leaving the club, 2018 has seen it all. Even failure and death could not stay away from the sport in the year, which was at its eventful best. Football fans, often considered as the "12th man" of the sport also dealt with retirements of their premier players, who were probably the reason why they started watching the beautiful game. We bring you a compilation of the major happenings from the world of football in 2018.

Bolstered by a mix of experienced campaigners and young sensations France, the 2016 Euro Cup runners-up, lifted the coveted FIFA World Cup trophy for the second time. Their first World Cup triumph came back in 1998.

A @paulpogba piledriver
@KMbappe magic
And a monsoon trophy lift

Arsenal's most successful and longest-serving manager Arsene Wenger left the London club on April 20. He took the helm of the Gunners in 1996 and went on to help the club clinch three Premier League titles.

Before his final match as a manager, the Frenchman was given a seven-game farewell tour, which included the last defeat at Old Trafford and a final European exit. But it all ended with a 1-0 victory at Huddersfield on the final day of the campaign.

Managerial failures at Manchester United are nothing new. Post the Alex Ferguson-era, it was the third failure for the Premier League giants which saw Portuguese tactician Jose Mourinho sacked.

Before Mourinho, Scottish manager David Moyes and Dutch coach Louis van Gaal also failed to restore the glory days back to the club, who have won the Premier League title, a record 20 times.

Mourinho left the club after Manchester Unitedsuffered a 1-3 defeat against Jurgen Klopp's Liverpool in a Premier League clash.

Fiorentina, Italian football club, captain Davide Astori died at the age of 31 in March. The Italian international, who had 14 caps to his name, was found dead at the La di Moret hotel in Udine, ahead of his club's clash against Udinese.

Astori started his career at AC Milan. In 2014 he joined Roma on loan, before joining Fiorentina the following year.

5. Premier footballers hang up their boots

Jose Mourinho, the then, Manchester United coach said, "A big player is leaving, but a big man is staying," in regard to Michael Carrick's retirement.

Carrick, who won five Premier League titles with the club, however, took up the role of coaching staff after retirement.

Arsenal's German centre-back Per Mertesacker, after featuring for over 150 fixtures for the London club, called time on his playing career.

"Some days you realise everything is a burden, both physically and mentally, but you have to deliver without a doubt, the pressure is very intense," Mertesacker had said about his retirement.

He, however, became the head of the academy under new Arsenal boss Unai Emery.

Belgium Flashback 2018
Get the latest updates on IPL Auction 2023 and check out  IPL 2023 and Live Cricket Score. Like us on Facebook or follow us on Twitter for more sports updates. You can also download the NDTV Cricket app for Android or iOS.