France were only 19th among the 32 teams in possession percentage, 16th in the total number of passes completed and 28th in distance covered per game. 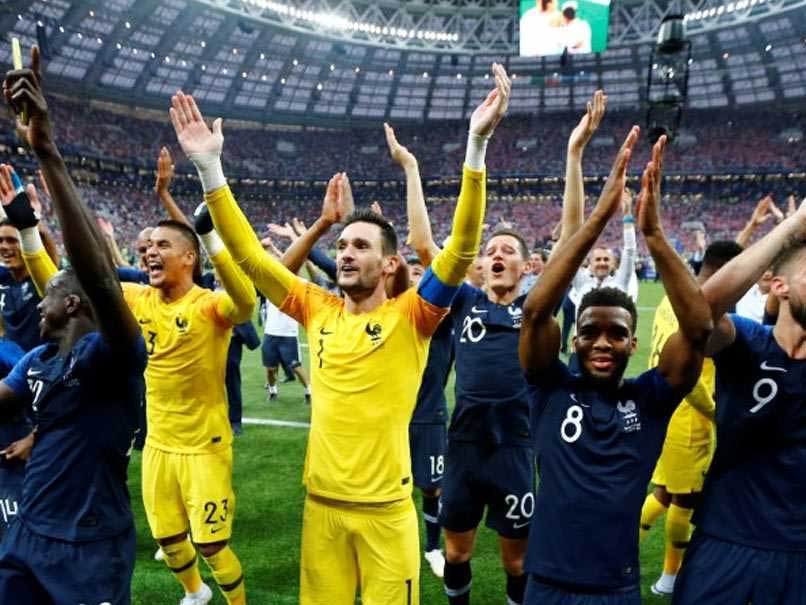 Passing, running and ball possession were not key in producing victories at the 2018 World Cup, but accurate shooting and clear tactics were, according to a FIFA report released on Tuesday. It showed that champions France were only 19th among the 32 teams in possession percentage, 16th in the total number of passes completed and 28th in distance covered per game, but were second, behind only hosts Russia, in the percentage of shots that scored. "France did not win the trophy on the back of one performance: they won it over seven matches," said the report by FIFA's seven-man Technical Study Group, including Dutch great Marco van Basten and Brazilian World Cup-winning coach Carlos Alberto Parreira.

"France did not rely on ball possession but rather focused on getting into the opposition's half as fast as they could. And they had the players to do just that."

"The successful teams had a distinct way of playing based on their players and coaching philosophy," Parreira, who led Brazil to victory in the 1994 tournament, said of the four semi-finalists. "They had a game plan and believed in it."

The report also said that the World Cup was short of classic playmakers, but the two who caught the eye both reached the final.

"We saw less of the so-called playmakers at this World Cup, perhaps as a result of the way teams played," the report said. "However, there were still some outstanding individuals in this area, Paul Pogba of France excelled, but Luka Modric stole the show."

"Playmakers can impose themselves on games, speed up or slow down the tempo, switch play, create and make things happen," Parreira.

For many teams turning possession or passes into victories was a struggle.

"The team with the most average ball possession per match, Spain (69%), failed to progress from the round of 16," pointed out the report.

Germany, whose title defence ended in the group stage, were second in possession followed by Argentina, eliminated in the last 16, and another team that played only three matches, Saudi Arabia.

Spain also completed the most total passes in the tournament (804) in just four matches, followed by two teams who played only three times: Germany(668) and Saudi Arabia (613). France completed just 460 in their seven games.

Germany (84%) and Spain (81%) were the only two sides to complete better than four-fifths of their passes. France completed 70 per cent.

"Serbia were the hardest-running team at the tournament, covering an average of 113 km per game," said the report. "By contrast, France were 28th in this respect, averaging 101 km per match."

The report added: "Shooting efficiency from outside the penalty area improved dramatically: the average strike rate was a goal per 29 long-range attempts, compared to one in 42 at Brazil 2014."

"Teams at this World Cup were more compact in defence," said the report. "The amount of space available has been dramatically reduced, making it challenging to find openings."

Yet, Parreira insisted "there was an attacking mentality".

"The attackers looked very sharp: they created good opportunities and took them! The midfielders got forward in support and chipped in with goals."