French World Cup Victors To Get Legion Of Honour

No date has yet been set for the ceremony to hand over France's highest award. 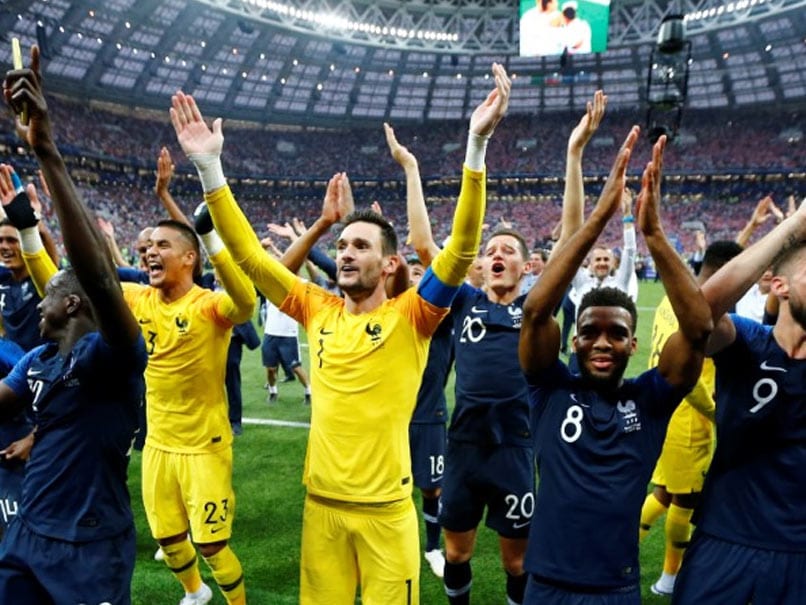 France's victorious World Cup players will all be awarded the Legion of Honour.© Reuters

France's victorious World Cup players will all be awarded the Legion of Honour, the office of President Emmanuel Macron said Monday ahead of their visit to the Elysee Palace. No date has yet been set for the ceremony to hand over France's highest award for "exceptional service" to the nation, which follows the team's 4-2 win over Croatia in Russia on Sunday. It was France's second World Cup title, 20 years after the team led by captain Didier Deschamps won its first title, which also earned them a Legion of Honour from then-president Jacques Chirac.

As a result Deschamps, now the coach of "Les Bleus", will in theory be promoted from a Legion Knight to a higher grade such as Officer.

The team was en route from Moscow to Paris for a celebratory parade down the Champs Elysees avenue before meeting with Macron and his wife Brigitte at the presidential palace.

Macron had already celebrated with the team on Sunday after attending the final in Moscow, to project a more modern image as a president in touch with the masses.

Nearly 3,000 people have been invited to the reception, including 1,000 youths from football clubs around the country such as Bondy, the Paris suburb where 19-year-old wunderkind Kylian Mbappe got his start.

After a speech by Macron, the party will be hosted by star Paris music producer DJ Snake, who has worked with pop stars including Lady Gaga and is part of the Pardon My French collective of French DJs.

France 2018 FIFA World Cup France vs Croatia, Final Football
Get the latest updates on ICC Women's Cricket World Cup 2022 and IPL 2022, check out the Schedule , Live Score and IPL Points Table. Like us on Facebook or follow us on Twitter for more sports updates. You can also download the NDTV Cricket app for Android or iOS.