Shastri mentioned that the shot selection from his batsmen in Southampton was a big let down. 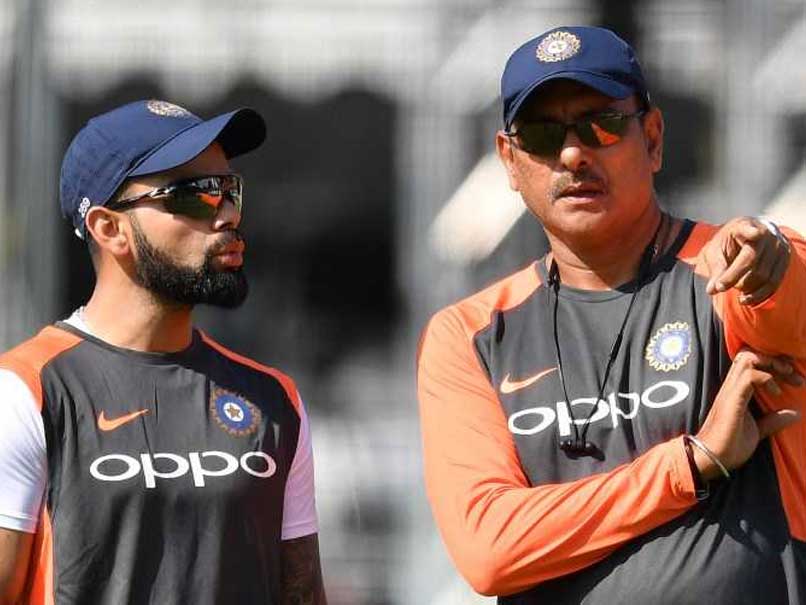 Team India head coach Ravi Shastri on Wednesday expressed his disappointment after his team conceded a 3-1 lead to England in the ongoing five-match series, losing the Southampton Test by 60 runs. Speaking at a press conference ahead of the fifth and final Test starting in London on Friday, Shastri laid out a number of things that didn't go India's way. "I think you have got to get tough mentally," Shastri said. "We have run teams close overseas and we have competed. But now it's not about competing. We have to win games from here. Now the endeavour is to understand where you made the mistakes and take it head on and try to correct it. Fact of the matter is you had a chance.

"The scoreline says 3-1 which means India have lost the series, what the scoreline doesn't say that India could have been 3-1 or it could have been 2-2. And my team knows it. They would have hurt and rightly so after the last game. But this is a team that will not throw in the towel. It will come out there and look to compete and not be on the first flight home, and that's exactly what we will do."

Talking about the Rose Bowl Test in particular, Shastri credited Moeen Ali for his exceptional spell that annihilated India but also mentioned that Virat Kohli's Team India strives to be an excellent travelling unit and be competitive in different conditions around the world.

"As far as crossing the line goes, you have to give credit to Moeen Ali there on the last day (in Southampton). To be honest, he bowled magnificently. As hard as our guys tried, England were one-up on us there. Nothing to take away (from them). The endeavour of this team is to travel well, compete and win. If you look at the last three years, we have won nine matches overseas and three series.

"I can't see any other Indian team in the last 15-20 years that has had the same run in such a short time, and you have had some great players playing in those series. So the promise is there, it is just about getting tougher mentally, you have got to hurt when you lose matches because that's when you look within and come out with the right kind of answers, to combat such situations and get past the finishing line. One day you will if you believe."

Shastri even mentioned that the shot selection from his batsmen was a big let down, and said learning from that mistake will help India prosper.

"I think shot selection left a lot to be desired, we blew away a very good position straight away after Tea on day two (in Southampton). That's an area where you can tighten, be aware of what the team needs, being aware of the match situation, that will be a big help. I think that was crucial more than anything else.

"It's being aware of being in a good position and then capitalizing. And not doing something silly to open the door for the opposition, I thought at 180/4, there was a definite chance of a 75-80-run lead, and that would have been crucial. So that hurts."

Virat Kohli England vs India, 2018 Cricket England vs India, 5th Test
Get the latest updates on Fifa Worldcup 2022 and check out  Fifa World Cup Schedule, Stats and Live Cricket Score. Like us on Facebook or follow us on Twitter for more sports updates. You can also download the NDTV Cricket app for Android or iOS.