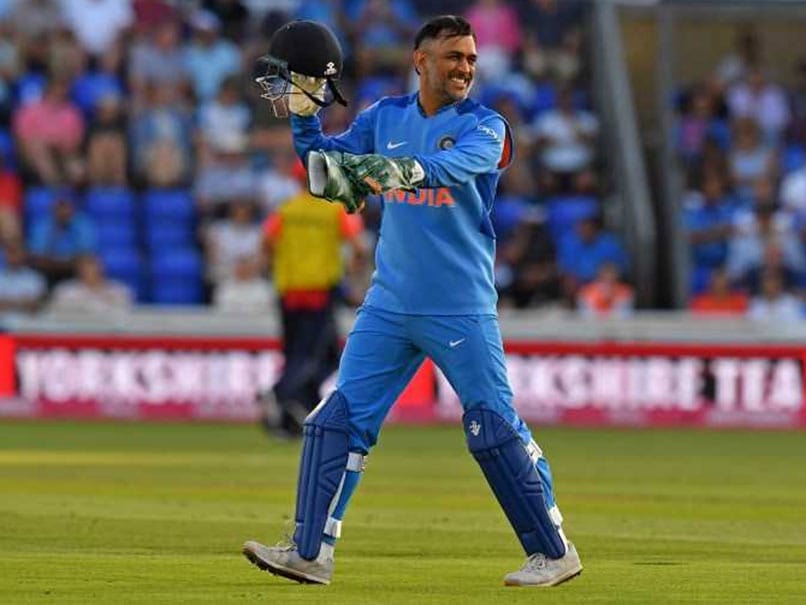 MS Dhoni also has 107 stumpings to his names in ODIs.© AFP

It was a mixed day at work for Mahendra Singh Dhoni as he achieved a couple of milestones but was also criticised for his bizarre innings. Good news first, Dhoni became the first Indian wicket-keeper to take 300 catches in one-day internationals (ODIs) on Saturday. He achieved the feat when he took Jos Buttler's catch off Umesh Yadav's bowling in the 37th over of the second ODI of the three-match series against England at Lord's.

The 37-year-old, who was playing his 320th ODI, needed two catches to achieve the landmark before the match. Dhoni is the fourth wicket-keeper to reach the 300-catch mark after Australia's Adam Gilchrist (417), South Africa's March Boucher (402) and Sri Lanka's Kumar Sangakkara (383).

Dhoni also has 107 stumpings to his names in ODIs, the highest by any wicket-keeper. He's also the only glovesman to have recorded over 100 stumpings in the 50-over format.

The former Indian captain also recently became the first wicket-keeper to take 50 catches in Twenty-20 Internationals during India's third T20I against England in Bristol. In the match, Dhoni took the catches of Jason Roy, Eoin Morgan, Alex Hales, Jonny Bairstow and Liam Plunkett. In the process, he also became the first player to take five catches in an innings of a T20I.

However, Dhoni's sedate innings of 37 off 59 balls with just two fours, drew a lot of criticism as well.

It was a situation that cried out for some belligerent batting from the often aggressive Dhoni, one of the best finishers of a white-ball innings in the modern game.

When he eventually holed out off Liam Plunkett with a rare lofted shot, India were reduced to 215/8 with just under 4 overs remaining.

India were bowled out for 236 off the last ball of the match as England won by 86 runs to level the three-match series at 1-1 ahead of Tuesday's finale at Headingley.