Mahendra Singh Dhoni achieved this distinction during the second One-day International against England at Lord's. 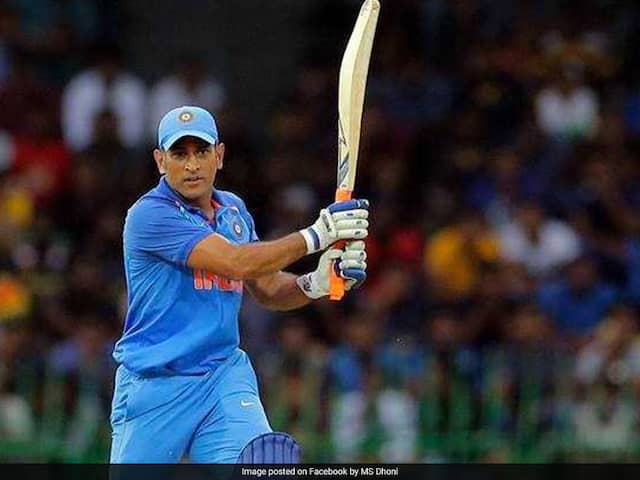 Mahendra Singh Dhoni on Saturday added another feather to his illustrious cap as he became fourth Indian and 12th overall in One-day International history to score 10,000 runs. The former India skipper achieved the milestone during second ODI against England at Lord's. Ahead of the first ODI of the three-match series at Lord's. Dhoni needed just 33 runs to enter the elite list. However, he didn't get to bat as India won easily by eight wickets. The 36-year-old reached the milestone at Lord's when he scored 33 runs off 47 balls.

What an achievement, what a player. @msdhoni becomes the 12th player to score 10,000 runs in ODIs. #ENGvIND pic.twitter.com/3yJ3Ktaffk

MS Dhoni England vs India, 2018 England vs India, 2nd ODI Cricket
Get the latest Cricket news, check out the India cricket schedule, Cricket live score . Like us on Facebook or follow us on Twitter for more sports updates. You can also download the NDTV Cricket app for Android or iOS.