Harbhajan Singh is the only other bowler to take five wickets in fewer balls for India than Hardik Pandya's 29 balls on Sunday. 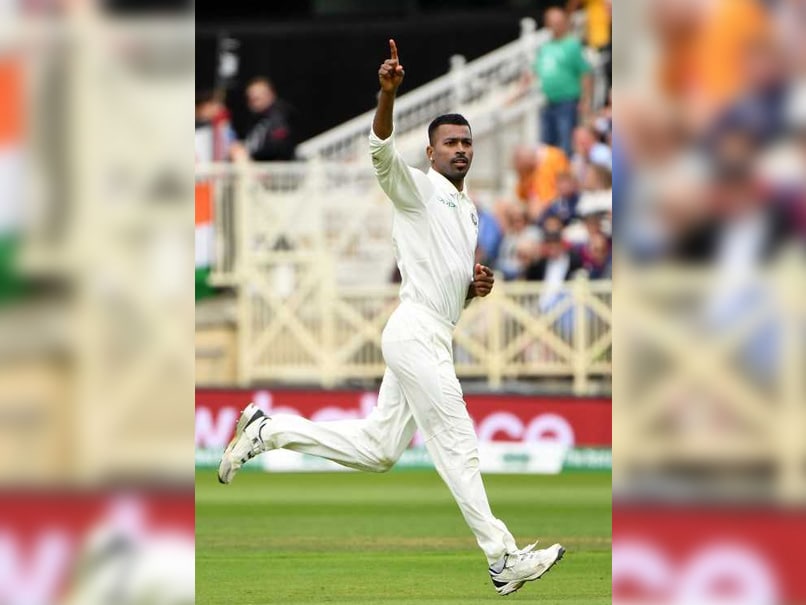 Before the third Test, Pandya's position in the India team came under scrutiny.© AFP

Hardik Pandya broke the back of the England batting line-up to claim his maiden five-wicket haul on the second day of the third Test at Trent Bridge in Nottingham on Sunday. Pandya became the second fastest Indian to take a five-wicket haul when he took just 29 balls as the hosts were bundled out for 161 in their first innings. Harbhajan Singh is the only other bowler to take five wickets in fewer balls for India than Hardik Pandya's 29 balls on Sunday.

Pandya produced an inspired spell of bowling to record his best figures in Test cricket.

Pandya took five for 28 runs in six overs, including a stunning spell of four for eight in 11 balls, as he revelled in the swing-friendly conditions.

Before the third Test, Pandya's position in the India team came under scrutiny, but, on the second day at Trent Bridge, he produced a spell to remember.

Michael Holding had come out and questioned Hardik Pandya's place in the Indian team. He had said that Pandya is not yet the all-rounder India wants him to be, because he is ineffective as a bowler and also not scoring enough runs with the bat.

Incidentally, Pandya was the second highest run-scorer in the Indian side after the first two Test matches of the five-match series.

As far as the match is concerned, England only narrowly avoided the follow-on total of 130 but India had strengthened their grip on the game as they looked to recover from 2-0 down in the five-match series.

It was the second time this year that England had been dismissed inside a session of Test cricket following their humiliating 58 all out against New Zealand in Auckland in March.

The irony was that England had enjoyed a solid opening stand to be 54 without loss.

But the exit of left-handers Alastair Cook (29) and Keaton Jennings (20) on that total sparked a collapse that saw eight wickets lost for 74 runs.

India Cricket Team Hardik Pandya England vs India, 2018 Cricket England vs India, 3rd Test
Get the latest updates on T20 World Cup, check out the T20 World Cup Schedule and Live Score . Like us on Facebook or follow us on Twitter for more sports updates. You can also download the NDTV Cricket app for Android or iOS.