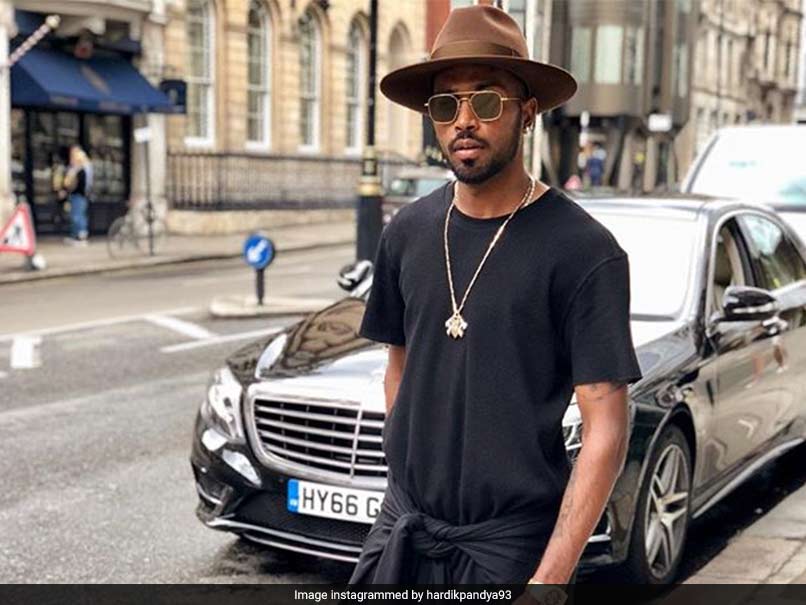 Hardik Pandya posted a picture of him enjoying some down time ahead of the 3rd Test in Trent Bridge.© Instagram

India take on England in the all-important third Test at Trent Bridge, Nottingham, starting Saturday. The visitors trail 0-2 in the five-match Test series and will be under severe pressure to make their mark in England. Indian all-rounder Hardik Pandya has done precious little in the Test series so far with many fans and critics questioning his place in Virat Kohli's team. Ahead of the Trent Bridge Test, Pandya shared a picture of him enjoying his day out but that didn't go down too well with some Indian fans.

Soon after sharing his post, the comments section was flooded with fans unleashing their fury at the under-performing all-rounder.

Here are some of the comments on Pandya's post:

hardeep_singh_bhatti: Make full use of your first and final UK picnic tour sponsored by BCCI

sandy_boom__baba: Concentrate on ur game dude..

amitsinhrajput: practice karo bad me ye sab karna you are not there for photoshoot do practice as more as you can

khush_050: You can do one thing take a leave from BCCI and then enjoy how much u want, you r there to represent team India not on a world tour

prabhjeetmehta: Hope u do more on ground than shopping on the streets of London !

choudharyv: @hardikpandya93 you have gone on their to play cricket not to make any kind of fun so please play any practice match after the third test

nikhil____joshi: Bro. You should be travel agent not a team player

Pandya hasn't fared too well in the Test series against England so far. In the two innings of the Edgbaston Test, Pandya scored a total of 53 runs and went wicketless in the match.

In the second Test at Lord's where India were drubbed by an innings and 159 runs, Pandya managed scores of 11 and 26 in the two innings. The all-rounder did improve with the ball in hand, accounting for three wickets in England's first innings.

Not just Pandya, barring Virat Kohli, the entire batting line-up has failed to get going. All three openers used so far - Shikhar Dhawan, Murali Vijay and KL Rahul - have looked completely at sea against the swing of the English fast bowlers.

Coach Ravi Shastri had asserted that the struggling batsmen need to show more discipline and grit in the third Test. He admitted that the team has not played well and needed to up their game if they are to make a comeback.

England Cricket Team Hardik Pandya England vs India, 2018 England vs India, 3rd Test Cricket
Get the latest updates on IND vs NZ 2021, check out the Schedule and Live Score . Like us on Facebook or follow us on Twitter for more sports updates. You can also download the NDTV Cricket app for Android or iOS.